We get rid of boil at home

If you have never suffered from chimneys, then you are very lucky! Most people face this problem in varying degrees of inflammation. Starting from small purulent pimples, to large furuncles - all these are manifestations of one process: inflammation of the hair sac and with it of the sebaceous gland.

Often people think that a boil and boil are different phenomena, that one more is smaller than another. But in fact, both names carry the same disease. Just a boil is a scientific name, and a boil is a folk song.

The most unpleasant thing in this disease is that the chirac can come out absolutely anywhere in the body: whether it's hand, foot, eye, buttocks - wherever there is hair. Therefore, it must be treated different methods, depending on the location.

Attention!The appearance of the chirac is accompanied by painful sensations, reddening of the skin area, purulent abscess.

The main culprits for the appearance of furuncles in adults:

The main reason for the formation of a furuncle in a child is the penetration of infection in the damaged areas of the skin. But why it happens that the golden staphylococcus, when it gets on the skin of most children, does not cause the appearance of chiria. The thing is that this phenomenon is the cause of weakened immunity in the child.

The main culprit of furuncle formation is Staphylococcus aureus. This name was received because of its color.

When treating a chirac at home, extreme caution is required. Most of them can be treated with folk methods, and in special cases medical intervention is required. For example, a chirac on the face, with improper treatment, leaves scars or pus can get into the brain.

Chirac on the butt begins with a small red speck that gradually increases in size. The place becomes inflamed, starts to ache, creates unpleasant discomfort when walking, during rest or sitting. To treat such a boil at home use several folk advice.

Attention!It is forbidden to squeeze out, pierce with a needle, open any furuncle yourself! This can lead to serious infection and complications with consequences.

After the furuncle matured and broke out on its own, it is necessary to prevent the infection from entering the open wound from the outside. There are several ways to protect it:

Chirac on the eye

An unpleasant cheeryak that can arise in the most prominent place, on the eye - is barley. In its characteristics, it differs from the usual boil in that it can occur unexpectedly, for no apparent reason, and the process of inflammation occurs a little differently. It takes 5-6 days after several warm-up procedures.

Euphorbia on the eye is usually treated with instillation with antibacterial drops, such as Albucid. Other medications are prescribed by the doctor depending on the inflammation. Also, a course of antibiotics, droppers for raising immunity and eliminating infection is prescribed.

If the child has a boil on the eye, you can notice such symptoms:

Important!To begin treatment it is necessary at an early stage to avoid surgical intervention. in any case do not remove the boil yourself. The eyewash in the child's eye can easily be treated with tetracycline ointment, or drops Albucid.

Barley begins with the appearance of itching in the eye area, the reddening of the eyelid, pain and unpleasant sensation of blinking, the feeling that something is interfering with the look. To treat such a boil at home is not difficult, but it is necessary to be very careful and attentive.

Another effective folk remedy for treating barley on the eye at home. Take 150 g of sand, heat in a frying pan or on a roasting pan in the oven. Pour it onto a clean cloth and roll it up with a cassette, giving it a round shape. Apply to the eye, for 15-20 minutes. Carry out the warm-up procedure 3 times a day.

Attention!Chirac on the eye is formed as a result of hypothermia of the face or under the influence of a draft!

During the treatment of a boil under the armpits, be sure to observe hygiene to avoid complications. Drink as much water as possible. Eat vitamins, you can brew eleutherococcus tincture to enhance immunity. To quickly heal the boil under the arm, apply, as often as possible, ichthyol ointment.

In a complex stage of furuncle formation, not only antibiotics, but also ointments are taken in the nose. In the initial stages of the abscess, inhalations are used with the help of herbs.

The most effective herbs are:

To prepare the composition for the inhaler, prepare 250 g of water and 15 g of raw material.

Chirac on the face

If there was a furuncle on the face, it is recommended not to engage in self-treatment and go to a medical institution. Here the question is not only about the aesthetic side, so that there are no traces after the wounds, but also about the proximity of the pus to the brain, the main blood arteries. The surgeon will be able to carefully open the chiaric on his face, carefully clean it and remove the pus of the pus.

Furuncle in other areas

To treat on other parts of the body is much easier and less safe. The main procedures are to give the boil faster to ripen and go out on your own. To do this, it makes sense to take advantage of effective folk remedies.

Most often a boil on the leg appears in men. Because they have more hair. The cause may be diabetes and reduced immunity. It is noticed that smokers often have a sharp leg. Also, in women who are overweight, there are furuncles on their legs.

For treatment at home use ichthyol ointment. Apply a compress and fix for 2 hours. You can also use compresses from the infusion of calendula. Very effective means of applying a baked onion. The bulb is baked in the oven and cut in half.

The most correct treatment for a furuncle on the cheek will be an appeal to a surgeon. The doctor will painlessly perform the operation under local anesthesia. After removal, the boil will process the wound. Do not pick at all and do not squeeze the boil yourself. Such actions lead to death.

The main causes of furuncles on the pubic:

For treatment, you must always perform hygienic procedures on a daily basis. Use special ointments, after consulting with a doctor.

Cheek in the ear

You also need to create heat. The patient is pressed with his ear to a warm water bottle. It is enough to carry out the procedure for 13 minutes. a day to avoid getting staphylococcus into the blood. Also, in still not started form of the disease, it is allowed to use iodine tincture.

Quite often, children have a boil on their hands. Apply a bath with a solution of potassium permanganate. If the boil showed a white rod, then hot baths can not be taken. Also the child is put on a compress of onions with garlic.

Chirai can be easily treated with folk remedies that are available at home.

You need two yolks, 25 grams of honey, 0.5 h. tablespoons of salt. Thoroughly move the ingredients and put in a little flour to make a homogeneous mass that holds the mold well. Blind a small cake and put on a boil. You can fix it with a bandage bandage or sticking plaster. Such a cake well extends inflammation, so it is recommended to apply it before the breakdown of pus.

In order to cure a boil in the home, you can gently rub it with cabbage juice, and then put a cabbage leaf on top. Secure with a bandage and adhesive tape. Do this every three hours. Also take cabbage juice in the morning and at lunch for 30 g before eating. In two days the chiri will begin to ripen and burst.

The easiest way to treat a chirac is to take a little rye bread, salt well and chew it thoroughly. The resulting gruel is applied to the ripening abscess, bandage.

Honey has always been considered an effective method for many diseases. Therefore, when treating a chirac, it will not be an exception. Make a honey cake, put on a boil until it breaks through. To do this, mix a small amount of natural honey with wheat flour, so that a soft, malleable mass is obtained.

Take the inflorescence of marigold, chop it into a fine powder. Then 1 tbsp. Spoon the resulting mass mixed with petroleum jelly. You will get a healing ointment, which is effective not only in the treatment of furuncles, acne, carbuncles, but also other wounds.

Purchase a natural laundry soap, grate 100 grams of grater and add 200 g, pre-baked in the oven, onions. Thoroughly move the gruel and attach to the chirac, bandage.

Treatment of a furuncle with iodine is carried out at early stages of its formation. To do this, take cotton wool and damp in iodine, put on a boil. There is a small burn, but it should be so, thus destroying the golden Staphylococcus aureus. The procedure should be carried out twice a day.

Well helps to draw pus from the chirac an aloe leaf. Take the bottom leaf of the plant, it should be the thickest, gently peel it from the peel with spines. Then cut into length into two halves and apply to the inflamed area. You can fix with an antibacterial adhesive plaster. Change the dressing in the morning and evening.

In order to help the body to cope with the disease faster, it is recommended to take herbal tincture in a complex of measures:

To prevent the entry of microbes, treat the boil with green, fucorcin or hydrogen peroxide.

Attention!If you have a fever, the area of ​​the chiarache is very sore, and it does not break through, then consult a doctor for an examination.

One of the effective and successful ways to treat boils is Vishnevsky ointment. In the first stages of the furuncle, a bandage with ointment should be applied for 12 hours. After remove the bandage and rub the boil with alcohol and apply a compress again with Vishnevsky ointment.

Important!more than 12 hours ointment should not be kept.

For treatment of boils, ichthyol ointment is used at a time when they are ripe. Treatment should be carried out very carefully, avoiding contact with the eyes.

The most effective method is diluting the ointment with a 1: 1 glycerin solution. Clearing with a boil of salicylic acid, apply as much of this ointment as possible on it. It is not recommended to keep the ointment for more than an hour. Do this treatment 3 times a day.

Does Levomecol ointment help with boils? Definitely yes! It's not for nothing that people say about this ointment "a surgeon without a knife". Levomekol excellently extracts pus, thereby disinfecting the affected area. Heals and heals in the shortest possible time.

Levomekol is applied to gauze which is covered with a furuncle. Adhesive adhesive patch compress. The ointment allows pus to come out. Also immediately kills germs. Therefore, this tool is the most effective.

For effective restoration of the skin after the cheeryak, so that the trail or scar is not left, it is recommended to apply Kontraktubeks ointment. The basis of the drug includes substances that restore the elasticity and function of the skin.

If you notice that you often have skin inflammation, chiracs pop up, that is, it makes sense to talk about preventive measures of the disease:

If it happened that you used all available means, but the boil does not break, increases in size, the temperature rises - contact your doctor! Most likely, surgical intervention is required. 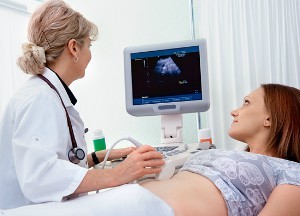 What you need to know about the treatment of hearing loss folk remedies?

Neuralgia of the trigeminal nerve: symptoms and treatment