What is hypoplasia of the right or left vertebral arteries, how to treat this disease?

Blood supply to the human brain is due to the Willis circle - the arterial complex, which includes the right and left branches of the vertebral arteries. They separate from the subclavian artery and stretch towards the cranium, where they break down into small vessels.

Normally, both vertebral arteries should be developed the same way, but sometimes the formation of the left or right can be disturbed, resulting in a pathology called hypoplasia - we'll figure out what it is.


Hypoplasia of vertebral arteries is a congenital disease characterized by their inadequate development. The lumen of the vessel at the site of its introduction into the bone channel significantly narrows

, which causes a violation of the blood supply to the brain tissues.

Pathology can be left-sided, right-sided or bilateral , most often the disorder is in the right artery - according to statistics, this phenomenon is observed in every tenth person in the world.

Bilateral hypoplasia is considered a fairly rare disease, but with untimely diagnosis, the pathological process that occurs in one of the arteries may affect the other in the future.

Causes and risk factors for

The most common risk factors for the development of the disease are intrauterine fetal abnormalities that can result from:

The complete absence of these factors does not guarantee the absence of the pathology of , since the exact reasons for its development have not yet been established. Over time, hypoplasia is aggravated by a decrease in the elasticity of the vessels and the deposition of cholesterol in them, which, in the case of insufficient development of the arteries, greatly accelerates the course of the disease.

In right-sided hypoplasia, which occurs more frequently in patients, there are no specific symptoms or serious differences.

The difference between these types of pathology is only that both arteries provide blood supply to different parts of the brain - respectively, hypoplasia of the vertebral arteries on the right and left can lead to different consequences and complications of .

Disorders associated with hypoplasia are often attributed to other vascular diseases, which makes the diagnosis of pathology more difficult. In case of untimely treatment, may impair vision, hearing and vestibular apparatus, changes in the composition of blood and other biological fluids , as well as atherosclerosis and thrombosis.

Therefore, at the first suspicion of hypoplasia, the patient should consult a doctor as soon as possible.

Symptoms and signs of

A defect may not produce symptoms for a long time and only appear in adulthood or old age.

At a young age, the functions of vertebral arteries take on more subtle branches of them, which provides a compensatory effect. But over the years the resources of the body begin to be exhausted, and it can no longer compensate for blood flow disorders alone - during this period the person has the first unpleasant manifestations of hypoplasia.

General symptoms of the pathology include:

Over time, symptoms increase and those that are associated with a defect in the right or left artery come to the fore.

So, right-sided hypoplasia is manifested by a violation of the emotional background of : irritability, frequent mood swings, lethargy, fatigue and drowsiness, which can be replaced by insomnia. The person becomes meteozavisimym, can feel as if for a long time rolled on the carousel, stumble when walking and constantly bumping into objects.

The basic feature of left-sided hypoplasia is the stasis of blood in the vessels of , which causes severe pains in the cervical spine, as well as an increase in blood pressure, to the common symptoms of the pathology.

Familiarize yourself with the symptoms of aortic dissection - a dangerous disease requiring competent medical care.

Stenosis of the aorta - is it scary? What can the disease threaten and how to prevent it, find out from this article.

What is thrombosis of the cavernous sinus and how it manifests, how to prevent the disease - all this is outlined in our publication.

When should I see a doctor?

The treatment of hypoplasia of vertebral arteries is performed by a neuropathologist, to which should immediately be applied after the appearance of the first symptoms of .Delay in this case can be extremely dangerous, as signs of hemodynamic disorders suggest that the body can no longer compensate for blood flow disorders on its own. After listening to patient complaints and collecting an anamnesis in order to clarify the diagnosis, the doctor should prescribe additional tests and studies.

To detect hypoplasia in the early stages of its development is extremely difficult due to the lack of characteristic symptoms and manifestations. There are three main methods for diagnosing narrowing of the lumen of the vertebral arteries, which include:

In addition, for the diagnosis of concomitant diseases that may affect the course of hypoplasia( for example, the pathology of the cervical vertebrae), the doctor may prescribe additional studies.

There is no specific method for treating hypoplasia of vertebral arteries today. If the disease does not give clinical symptoms and is detected accidentally during a routine checkup, specialists usually choose surveillance tactics.

The patient is recommended to give up bad habits, normalize the regime of the day and limit the time spent working at the computer. Patients are also shown exercise therapy, moderate exercise and a full sleep on anatomically correct pillows.

Hypoplasia has a peculiarity of exacerbating in the spring and autumn, therefore at this time one should pay special attention to one's health.

At the stage of pronounced clinical symptoms of hypoplasia of the right or left vertebral artery, conservative treatment with vasodilator drugs is prescribed - they eliminate unpleasant phenomena and improve the patient's quality of life. In cases where there is a risk of blood clots, the reception of anticoagulants( medications that dilute the blood) is indicated.

In addition, needs to cure concomitant diseases of the cervical spine ( the most common of these is osteochondrosis), since they can significantly worsen the patient's condition.

If pharmacological therapy does not give the expected effect, doctors resort to surgical treatment of hypoplasia of vertebral arteries. With a significant narrowing of the artery and acute disturbance of blood flow, an operation directed to the widening of the lumen of the vessels and the installation of special implants ( vascular stenting, angioplasty) is performed.

Since the exact causes of the disease have not yet been clarified, it is almost impossible to prevent it. To reduce the risk of developing hypoplasia of the vertebral arteries in the fetus, recommends that women continue to undergo all studies( in particular, the analysis for TORCH infection) at the pregnancy planning stage and, if necessary, receive adequate treatment.

During the gestation period for the child , the expectant mother should abandon bad habits, lead a healthy lifestyle for and, if possible, eliminate negative factors that may affect the development of the embryo.

Hypoplasia of vertebral arteries is not a death sentence. Approximately 10% of the world's population live for many years without even guessing about the presence of this pathology.

The risk of complications increases only with the old age of , but with timely treatment, prevention and appropriate attitude to their health, they can be avoided.

Basic properties and methods of application of ophthalmic ointment Acyclovir 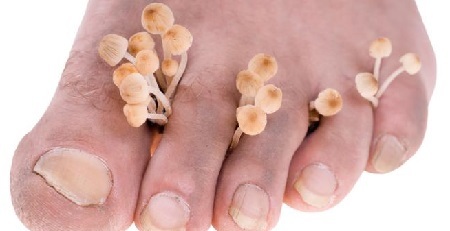 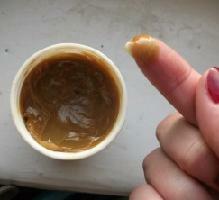 Ointments for psoriasis: an overview of popular drugs