Prestarium A is an antihypertensive, vasodilating drug that inhibits ACE, which leads to a reduction in blood pressure by reducing vasoconstriction.

Additionally, Prestarium restores elasticity in large arteries and vessels, stimulates the secretion of aldosterone. Significantly reduces the formation of subendocardial collagen, a metabolic process in the myocytes of the heart.

Pre-history is prescribed for patients suffering from arterial hypertension, chronic heart failure. The drug is used as a prophylactic for strokes and ischemic heart disease.

How much does Prestarium A cost in pharmacies? The average price is at the level of500 rubles.

Preterium A is available in the form of a tablet for oral administration. The main active substance of the drug is perindopril, which can have several concentrations in one tablet (dosage):

Prestarium is a medicinal product that lowers arterial pressure, the mechanism of its action is associated with blocking the action and the formation of the corresponding factors that have the opposite effect. In addition, the drug has a restorative effect on the walls of blood vessels, normalizes metabolic processes in the cardiac muscle, reduces the risk of heart failure and reduces the overall burden on the heart, thereby improving its functioning.

The drug is quickly absorbed, reaching its maximum concentration in the blood plasma after 1 hour after ingestion. Approximately one-fifth of the active substance of Prestarium is bound to blood proteins. Neutralization occurs immediately after administration with the formation of one active and three inactive decay products. Removal of the drug occurs with the help of kidneys.

Prestarium A is used for:

Preparations Prestarium and Pre-Starium A are absolutely contraindicated for use in the presence of the following diseases and conditions in a person:

Use in pregnancy and lactation

Pre-Starium and Pre-Stearium A can not be used during the entire pregnancy and lactation. At the stage of pregnancy planning or immediately after its detection, it is necessary to stop taking the drug and switch to another antihypertensive drug. Do not be afraid that the drug was not canceled before the pregnancy and was taken up to 12 weeks of gestation, because in the first trimester it is relatively safe. In the II and III trimesters of pregnancy, Prestarium and Prestarium A can not be categorically taken, since during these gestation periods the preparations are fetotoxic and can cause delay and developmental defects of the fetus.

When breastfeeding should not take Prestarium and Prestarium A, because it is unknown whether the drug penetrates into the female milk.

Dosage and route of administration

In the instructions for use it is indicated that the pills Prestarium A are taken orally, preferably before meals in the morning, 1 pc. 1 per day. Dispersible tablet should be put on the tongue and swallowed it with saliva after disintegration on the surface of the tongue. When choosing a dose, the features of the clinical situation and the degree of BP reduction during treatment should be taken into account.

Dosage and mode of application of the drug is selected individually and depends on medical indications:

Duration of the use of tablets Pre-history A is determined by the doctor individually. In a significant number of cases, a life-long medication is required.

With a strong decrease in blood pressure, the person is transferred to the "lying down" position, BCC replacement is performed, intravenous catecholamines are introduced and / or an infusion of angiotensin II is administered. If a stable pronounced bradycardia develops, you can resort to the use of an artificial pacemaker.

It is important to constantly monitor the vital functions of the body, QC and electrolytes of blood serum. Remove the active component from the systemic blood flow by hemodialysis. High-flow polyacrylonitrile membranes should not be used for dialysis.

Against the background of Prestarium, a person may have a dry persistent cough, which does not require discontinuation of therapy and passes after the drug is discontinued.

If the patient on the background of ischemic heart disease with the administration of Prestarium or Pre-Stearium A developed unstable angina, then during month carefully monitor his condition, and then based on the data obtained, assess the risk / benefit ratio. If the benefits exceed the risks, the treatment is continued, and if not, the Prestarium is canceled.

If a person has the above risk factors for the hypotensive syndrome, then the therapy with Prestarium and Prestarium A should be started with minimal dosages, gradually increasing them to the necessary ones. In addition, in the presence of these risk factors before the start of Prestarium application, it is recommended to adjust those violations that can be eliminated, such as a small volume of circulating blood, a deficiency of electrolytes, etc.

It is especially important to prevent the hypotension syndrome for people with IHD and cerebrovascular diseases, because they can provoke a myocardial infarction or a cerebral circulation disorder.

In people suffering from chronic renal insufficiency, taking Prestarium and Prestarium A can provoke a short-term and passing acute renal failure. If there is narrowing of the renal artery or in people who have not previously suffered from kidney disease, Prestarium can provoke increase in the concentration of urea and creatinine in the blood serum, which passes after the drug is discontinued. People suffering from these diseases should take the drug in minimal dosages and during the first few weeks of therapy to control the concentration of urea and potassium in the blood.

In some people suffering from chronic heart failure with normal blood pressure, taking Prestarium can cause an even greater reduction in pressure. However, this effect is gradually eliminated and does not require discontinuation of therapy. If the pressure decreases too much, the dosage of Prestarium is reduced.

Pre-history and Pre-history A should be used with caution in the presence of a person with mitral or aortic stenosis, hypertrophic obstructive cardiomyopathy, systemic connective tissue diseases, renal dysfunction, as well as immunosuppressants, Allopurinol and Procainamide.

People who get hemodialysis with high-flow membranes (for example, AN69) have had cases of anaphylactic shock. Therefore, these preparations should not be administered when such membranes are used for hemodialysis.

In rare cases, against the background of taking Prestarium or Prestarium A, a person can develop angioedema face, upper and lower extremities, lips, mucous membranes, tongue, folds of the nose and larynx, and intestines. When the first signs of swelling occur, immediately call an ambulance and take an antihistamine (for example, Suprastin, Diazolin, Dimedrol, etc.).

In rare cases, Pre-Starium and Pre-Stearium A can provoke liver necrosis, so when jaundice occurs, stop taking the drug immediately and consult a doctor.

Anaphylactoid reactions (pseudoallergic reactions occurring in a form similar to anaphylactic shock) on the background of Prestarium use may develop with the simultaneous procedure of apheresis of LDL or desensitization using the poison of Hymenoptera. In order to prevent anaphylactoid reactions, Prestarium should be discontinued 1-2 days before apheresis and for the entire period of desensitization.

Against the background of Prestarium therapy, it is possible to reduce the number of leukocytes and platelets in the blood, which in turn, can provoke the development of severe infectious diseases, which are not amenable to antibiotic therapy. Therefore, at the first sign of an infectious disease (temperature, sore throat, weakness, etc.) that has arisen against the background of Prestarium intake, you should immediately consult a doctor.

Before the planned operation, you should stop taking Prestarium for a day, so as not to cause a sharp decrease in pressure under the combined effect with drugs for anesthesia.

With the combined use of Prestarium A with certain drugs / substances, the following effects are possible:

We picked up some reviews of people who used Prestarium A:

Structural analogs for the active substance:

Perineva remains a more advantageous option for patients due to low cost. Prices in pharmacies start from 270 rubles per pack, and Prestarium from 440 rubles. It should be borne in mind that Perineva's lowest dosage corresponds to a slightly higher dose of Prestarium.

Shelf life of the tablets is 3 years from the date of their manufacture. There are no special conditions for storage of the drug. It should be stored in original original packaging and out of the reach of children. 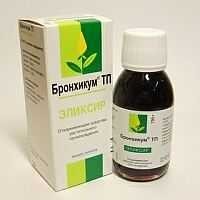 Aniseed drops from a cough price