Coxarthrosis (deforming arthrosis of the hip joint) is a disease characterized by violation of normal blood supply, which leads to a gradual deformation, and then destruction of it parts.The disease mainly affects people of middle and older age, and more often women suffer from it. Coxarthrosis can develop in one or both joints.

The disease manifests itself mainly in pain of varying intensity and duration. Before starting the treatment of pain, it is necessary to find out for what reason it appeared.

Classification of the disease

Depending on the causes of the onset, it is possible to isolate the primary and secondary forms of the disease:

In the clinical course of the disease, specialists allocate the first, second and third degrees of development.

A frequent cause of the appearance of pain when walking or at rest, at night or during the day, is coxarthrosis.

The main reasons for the development of this disease are:

In addition to the main causes, there are factors that influence the onset of the disease. Such factors include:

You will be interested in:Degenerative changes in knee joint menisci, degree

Clinical manifestations of the disease

Cartilage tissues completely complete their formation together with the end of maturation of the bones of the skeleton. Over time, deformation and thinning of the cartilaginous tissues lead to the fact that during movement the joints of the bones entering the joint begin to touch. This is the cause of the appearance of pain.

The main clinical manifestations of coxarthrosis

The intensity, duration and time of appearance of the main symptoms of coxarthrosis depend on the degree of its development.

The main clinical manifestations of deforming arthrosis include:

In the process of the development of the disease, its clinical manifestations increase.

Symptoms depending on the degree of development of the disease

The main clinical manifestation of the first degree of the disease is pain, which appears after a long walk or other physical exertion on the lower limbs. After awakening, a stiffness appears in the joint, but the movements are not limited.

With deforming arthrosis of the thigh of the second degree, the pain irradiates (spreads) in the leg or groin area and can occur during the rest period. When walking, there is lameness, motor activity is limited, and the muscles of the hips begin to weaken.

Disease in the third degree leads to the appearance of constant pain, disruption of its mobility (up to the development of ankylosis), atrophy of the muscles of the thigh, change in the length of the limb (often shortening). Pain at this degree is felt in the spine, other closely located joints.

Formally, ankylosis (complete immobility) of the joint is the fourth stage of the disease. With the development of this pathology, a person is given a disability.

You will be interested in:Bandage on the shoulder joint, collarbone and forearm: how to choose?

Peculiarities of pregnancy management in a woman suffering from coxarthrosis

A pregnant woman with coxarthrosis should be observed simultaneously by two doctors - gynecologist-obstetrician and rheumatologist. In connection with increased workload, its overload increases, and the intensity of clinical manifestations increases.

In the first trimester, the future mother is assigned a set of physiotherapy procedures to prevent the development of muscle atrophy of the hip. The pregnant woman should spend the second and third trimester in a mode of full rest (it is forbidden to bend, lift any weights).

A woman suffering from coxarthrosis is given a planned cesarean section, because the load on the hip joints with a natural birth can lead to their complete destruction.

For the treatment of the disease at various degrees it is used:

It must be remembered that this is a serious disease and before starting to do something, having felt pain in hip, it is necessary to consult a specialist who will put the correct diagnosis and appoint an adequate treatment. The success of the treatment depends on how thoroughly the patient complies with all the doctor's recommendations.

You will be interested in:Arthrosis of the shoulder joint: symptoms and treatment

Why is urea increased in the blood, what does it mean? 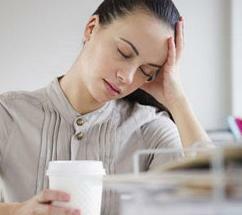 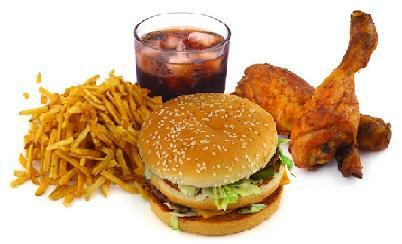