Ways to know the sex of the future baby in the early stages of pregnancy by tables, signs, medical methods without ultrasound

A future mother with real motherly feelings eagerly awaits the appearance of her child. She beforehand learns to take care of the health of her baby, protecting him from all sorts of unfavorable harmful factors.

Both future parents sometimes really want to know who they will have - a son or daughter. To determine the sex of a boy or girl in the early stages of pregnancy - the first trimester, people resort to a variety of methods - folk - signs, signs in the appearance and behavior of a pregnant woman, medical methods.

Well, if before the second planned campaign on ultrasound is far, we will try to find an answer to this important question in another way.

Methods of checking the sex according to the table

The woman's agitating state makes her easy to believe in folk ways. Confirm or refute the validity of such signs can only be individually and in their experience. In any case, the curiosity will be satisfied.

There is a theory of determining the sex of the future baby by blood group. The truth can cause doubt that in some combinations of the blood group, children of the same sex are not always born, another theory is the Rh factor, if it coincides, the girl will most likely appear in the parents, and if there is a conflict, the probability of the boy's appearance is high;

Here, for example, the Chinese way helps to know the genderthe child at the early stage of pregnancy according to the table, whom to expect after 9 months, will allow to determine a simple comparison of the data, you need to know the month of conception, as well as the age of the woman, and find the letter designation "M" or "D" in the table, respectively.

It should be noted that in the country of the rising sun - Japan, a more complex method, but it remains practical, without any scientific justification. It was used to increase the probability of conception of the boy as the future warrior and successor of the genus. According to the first table you need to determine the number of the couple - comparing the months of the birth of the couple, then go to the second table, find the number in the vertical column, choose the month for conception, and by the number of prevailing Y in the direction of the boy or girl, you can calculate the most favorable period,who will appear soon.

Folk ways of determining the sex of the child: a boy or a girl?

To determine the sex of a child in the early pregnancy can be due to the ways and signs that our ancestors used for centuries. To take as a basis one single sign is not necessary, but a whole series of coinciding factors can become an argument for guesswork. Elderly people passed this knowledge by word of mouth, helping parents learn much about the future family member.

Our ancestors could determine who the woman wears for only one of her appearance. Even there is a sign - the girls steal beauty from the mother, and the boys are healthy. If the face appears stains, rashes, swelling, noticeably increase the nose, lips swell - most likely, the daughter will be born. The gait becomes softer and more graceful. In early terms, the stomach is not yet noticeable, but one can already observe the appearing roundness of the forms. If a woman has a sporty, textured figure, the characteristic smoothness of the lines will appear.

Popular signs on the boy

Signs indicating that the fetus - the boy :

There may also be new eating habits. I want to constantly dosalivat, pepper dishes, so that they have a more pronounced sharp taste. Pulls on marinades, pickles, meat products. Some mothers are awoken completely new addictions - watching football, hockey, love of extreme sports.


The main thing is to follow all the doctor's recommendations and not to endanger your health and the child, even under the force of instincts.

Popular signs for the girl

Signs indicating that the fetus is girl :

There is another theory - the sex is determined by the renewal of blood. It is believed that in women this process occurs every 3 years, for men every 4 years. The formula is simple: you need to divide the age of each parent by 3 and 4, respectively, to the comparison the remainder is taken( the tenth after the whole).For example: mother 28, father -30, 28: 3 = 9.3 30: 4 = 7.5.Then the indicators are compared after the comma, the woman 3, the male 5, 5 more than 3, then there will be a boy.

In the , the first table of the finds the coefficients of blood renewal for the father and mother, opposite the age.

Video: How to recognize the sex of a child: signs, divinations, tables

Is it possible in early pregnancy to determine the sex of a child without ultrasound using scientific methods, with a high probability? Yes, it is carried out in 2 ways, in both cases it is already determined from 6-7 weeks. For this, the blood test is used, and it is also possible to determine the floor test with at home.

Future parents are looking forward to the birth of a baby. They make every effort to prepare everything necessary for the moment of birth. Regardless, who will appear - a boy or a girl, he will present the most important thing - a sense of happiness.

How to cure tooth decay at home 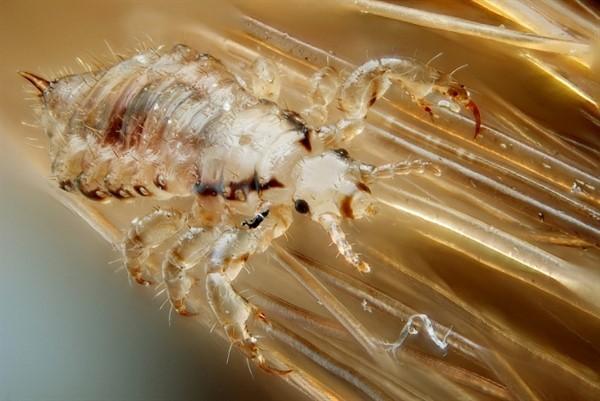 Where does a man get lice