What does elevated uric acid in the blood say? 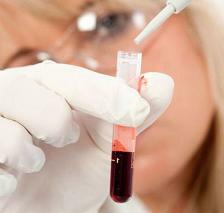 Uric acid is one of the substances naturally produced by the body.It occurs as a result of the breakdown of purine molecules contained in many products, under the action of an enzyme called xanthine oxidase.

After use, purines are degraded to uric acid and processed. Some of them remain in the blood, and the remainder is eliminated by the kidneys.

Deviations in the level of uric acid in the blood can be due to relatively harmless factors, and even daily fluctuations (in the evenings its concentration increases).

Therefore, it is necessary to find out the cause, if there is an increased uric acid in the blood - what is this: the result of intense physical activity, the consequence of a diet or a sign of serious organic pathology. What pathologies cause a deviation in the level of uric acid? Let's talk about this in more detail.

How to prepare for the analysis

To pass a biochemical blood test, which determines the level of uric acid, the day beforeit is necessary to adhere to such rules:

Decoding of the analysis and further appointments should be made only by the attending physician.

Norm of uric acid in the blood

Normal content differs depending on sex and age - younger in young people than in elderly, but in men more than in women:

The main functions of uric acid:

The level of uric acid, determined by the biochemical analysis of blood, indicates the state of health. The shifts in the content of this metabolic product in the blood, both upward and downward, depend on two processes: the formation of acid in the liver and the time of excretion by the kidneys, which can change due to various pathologies.

Causes of increased uric acid in the blood

Why do adults have uric acid in their blood, and what does it mean? Exceeding the upper limit is called hyperuricemia. According to medical statistics, it is more common in men than in women. Hyperuricemia is possible in the form of a non-constant jump in physiological conditions:

Other causes of increased uric acid above normal are observed with the following pathological conditions:

In the event that a woman or man has uric acid in the blood, you should give blood for analysis several times to see the indicators in the dynamics.

As a rule, the initial increase in the level of uric acid in the blood itself does not have any noticeable symptoms, and it turns out accidentally, according to the results of tests submitted during a preventive examination or as a result of treatment of another disease.

When the level of uric acid rises high enough,such symptoms may appear:

Treatment of hyperuricemia is prescribed only if a disease with such a symptom is detected. Other causes are eliminated by adjusting nutrition and lifestyle. A special diet will be needed in any case.

One of the most common complications due to high levels of uric acid in the blood is gout. It is an inflammation of the joints, or arthritis, which causes considerable pain in the person who suffers from it, and can make it incapacitated.

Hyperuricemia increases the risk of developing gout, as uric acid, accumulating in the blood, causes the formation of microscopic crystals in the joint. These crystals can penetrate into the synovial joint and cause pain when friction occurs during movement in the joint.

How to treat elevated urea in the blood

In the case of increasing the level of urea in the blood, the complex treatment scheme consists of such activities:

The key to recovering from hyperuricemia is a special diet, in which products with a high concentration of purines should be absent.

In the treatment of hyperuricemia, folk remedies are also used. For this purpose, broths and tinctures from cowberry, birch leaves, nettle are taken inside. For foot baths, infusions of calendula, chamomile and sage are used.

What should be the diet?

Nutrition with increased uric acid should be balanced and dietary. The diet assumescategorical prohibition:

In addition, it is strongly recommendedreduce the following foods in the diet:

To adhere to a diet with increased uric acid will have throughout life, as the disease can recur. A therapist or urologist can make up the menu and pick up the products, but before this the patient needs to pass a set of tests that will help to make a correct and effective diet for therapeutic purposes.

If the diet does not help reduce symptoms and reduce the level of uric acid, then medications are prescribed. Allopurinol, Sulfinpyrazone, Benzobromarone, Colchicine - a means to block the synthesis in the liver.

Elevated urobilinogen in urine, what does it mean?

Why is the hematocrit elevated in the blood, what does it mean? 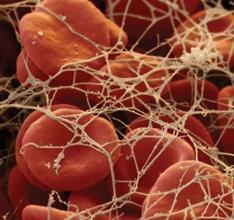 What is fibrinogen in the blood: the norm and causes of the increase