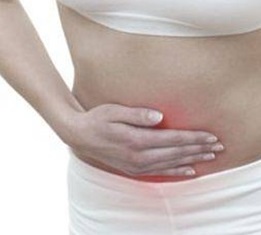 Chronic pancreatitis is a disorder in which irreversible damage occurs in the tissues of the pancreas as a result of inflammation.It is a common disease that can develop in people of any age and sex, but is most often observed in adult men between the ages of 40 and 55 years.

In recent decades, the number of people with chronic forms has increased significantly. In addition, the cause of the disease in 75% of cases now is alcohol, whereas earlier alcoholic pancreatitis only occupied 40% of all cases.

What it is? In the causes of chronic pancreatitis in industrialized countries, excessive use of alcohol plays a leading role. Significantly less common causes of this suffering are cholelithiasis and its complications (choledocholithiasis, stricture of the large duodenal papilla).

The pathogenesis of the disease is not well understood, although it is now firmly established that its key the link is the replacement of the epithelial tissue of the pancreatic acini with a connective tissue. According to the scientific work of the last decade, cytokines (mediators of inflammation) also play an important role.

By severityChronic pancreatitis is divided into three forms:

Chronic pancreatitis occurs in 0.2-0.6% of people. At the same time, the number of patients is constantly increasing, which is associated with the growth of alcoholism.

There are two main types of disease - acute and chronic.

In most cases, acute pancreatitis occurs against the background of alcohol abuse, cholelithiasis (up to 30% of cases), as well as due to poisoning (intoxication), a viral disease or surgery on the gastrointestinal tract. Acute pancreatitis can also occur as an exacerbation of chronic pancreatitis.

Chronic pancreatitis occurs with periods of exacerbation, when the symptoms of the disease become more active in the form of pain, nausea, digestive disorders and others, and remission, when the patient feels satisfactory.

The main symptom of chronic pancreatitis is severe pain. Its location depends on the place of the pancreas lesion - it can left or right hypochondrium or pain in the pit of the stomach (under the ribs in the middle).

Usually, pain occurs 40 minutes or an hour after eating, especially if the food was too fatty or sharp. The pain may increase in the prone position, as well as give to the left shoulder blade or shoulder, the lower abdomen or the heart region. Often the only position in which a patient may be - sitting with a lean forward.

When the pancreas is affected, the production of digestive enzymes decreases, the work of the entire digestive system is disrupted. Therefore, nausea, belching and heartburn are symptoms that always accompany chronic pancreatitis.

During an exacerbation chronic pancreatitis acquires the symptoms of acute pancreatitis, therefore it is best to treat it in a hospital, under the supervision of specialists. Symptoms of exacerbation may be pronounced or, conversely, erased.

The patient usually complains of pain in the epigastric region or in the right hypochondrium, which can occur both after eating and on an empty stomach. Possible manifestations of dyspepsia (bloating, diarrhea, rumbling in the abdomen, nausea).

Upon examination, the doctor notes the appearance of a white coating on the tongue, a decrease in body weight. The skin of the patient is dry, scaly. In the abdominal region, red spots may appear, and subcutaneous hemorrhages may appear on the sides of the abdomen.

To assess the functioning of the pancreas, coprologic tests with Elastase-1 are used (the norm is more than 200 μg / g of feces). Due to the defeat of the incremental apparatus of this gland in patients in about a third of cases, violations of carbohydrate metabolism develop.

For differential diagnosis, ultrasound and X-ray studies are often used in medical practice.

Early complications of chronic pancreatic pancreatitis are: obstructive jaundice due to violation of gallbladder outflow, portal hypertension, internal bleeding due to ulceration or perforation of the hollow organs of the digestive tract, infections and infectious complications (abscess, parapancreatitis, phlegmon retroperitoneal tissue, inflammation of the biliary tract).

Strict adherence to the diet and diet, complete abstinence from alcohol intake, strict adherence to recommendations for medical treatment significantly reduce the frequency of exacerbations, translate the process into a rarely recurring variant with slow progression. In some patients it is possible to achieve a noticeable and persistent remission.

Chronic pancreatitis is characterized by a progressive course, but the cessation of the effects of causative factors and adequate therapy slow the progression of the disease, significantly improve the quality of life of patients and prognosis.

In most cases with chronic pancreatitis treatment consists of several methods that have a complex effect:

In this list, a kind of standard for the treatment of chronic pancreatitis pancreatitis, which is adhered to by all doctors. Only medicinal preparations can differ, at their choice individual features of an organism of the patient are considered.

Patients with chronic pancreatitis, as a rule, are not shown surgical intervention.

However, with severe pain that is not amenable to treatment with medications, and especially with the pseudotumorous form of chronic pancreatitis, operation is recommended - sphincterotomy (dissection and expansion of the opening of the pancreatic duct).

Treatment of exacerbation of chronic pancreatitis 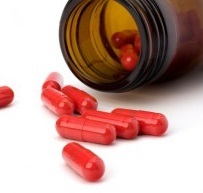 When the inflammation worsens, the patient is shown an urgent hospitalization. The first days after the attack, the patient can consume only non-carbonated alkaline water.

Intravenous injections of analgesics and drugs that relieve muscle spasm. Since pancreatitis in the acute stage is often accompanied by repeated vomiting and diarrhea, large fluid losses are compensated for by droppers from saline.

The scheme of treatment of a chronic form provides for complete starvation during a period of exacerbation of the disease. In this regard, intravenously injected glucose solution.

As a drug treatment, enzymes are also prescribed if the type of pancreatitis is hypoxecretory. In the case of excessive release of enzymes by the pancreas, drugs are prescribed to reduce the secretory function. Drugs for treatment are largely determined by the type of disease. Therefore only the attending physician can prescribe those or other medicines.

The standards of treatment of chronic pancreatitis in the acute stage are unchanged and effective. The three principles that medicine has been guided by for many years - hunger, cold and tranquility - are those "three whales" on which the successful treatment of this disease is held.
After the normalization of the condition, the attending physician should take the patient to a strict diet, which the person suffering from pancreatitis must observe constantly.

In order that the pancreas can normally cope with its functions, a patient with chronic pancreatitis must comply with the diet. Therapeutic diet is an important part of complex therapy not only for acute pancreatitis, but also for chronic.

First and foremost, the right diet contributes to the elimination of factors that can provoke an exacerbation of chronic pancreatitis (alcoholic beverages, smoking, coffee, fatty or fried foods, smoked meats, various starter cultures, spicy foods, chocolate and others).

Fish, mushroom or meat broths are prohibited. To eat it is necessary in small portions (no more than 300 g for one reception), low-calorie food, 5-6 times a day. Do not eat cold or hot.

The most common and available treatment of pancreatitis by folk remedies, but even in this case, a professional consultation of a doctor is needed.

If you suspect a development of acute pancreatitis, home treatment is not permissible, since such actions can provoke the appearance of various complications.

Inflammation of the gums: treatment at home

Define the symptoms and treat bursitis of the knee joint

Treatment and photo of warts on the legs