Why is the blood elevated in creatinine, what does it mean? 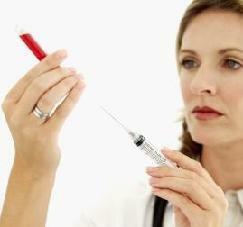 Creatinine is the product of a creatine-phosphate reaction. This substance involved in the energy metabolism of tissues is formed in the muscles and partially released into the circulatory system. It is excreted from the body with urine.

To determine the state of creatinine, a special biochemical analysis of urine

When such an analysis is prescribed?

The blood test for creatinine is one of the most common types of diagnosis, which is prescribed by a doctor in order to clarify the nature and causes of disorders in the kidney and muscle system.

Blood test fordetermination of the level of creatine is necessary if:

In the event that the creatinine concentration increases, the following symptoms are observed: shortness of breath, aching pain or a feeling of heaviness in the lumbar region, fatigue, confusion, a feeling of severe exhaustion.

Creatinine in the blood - what is it?

What does creatinine say, and what is it? This substance is considered one of the final products in the body directly protein metabolism, which allows you to determine the state of the muscular system and kidneys of a person.

The rate of creatinine in men and women

The rate of creatinine in the blood depends on sex and age, and the level, in addition to kidney activity, on the constitution (accumulation of muscle mass) and food preferences. The creatinine of a male body should almost always be higher than that of women of a similar age group.

What does it mean? If we consider the main reasons why creatinine in the blood is elevated in men or women, then among them we can distinguish:

If the blood test reveals an increase in the level of creatinine, first of all it is necessary to repeat it, because from a laboratory error no one is insured. In the case of a repeated deviation from the norm, the doctor prescribes an additional examination, and then treatment, which, as a rule, is aimed at restoring the kidney function.

What does it say? First and foremost, the increase in creatinine in the blood may be the result of an unbalanced diet, in which there is a large amount of protein. In this case, the synthesis of creatine phosphate is activated, which leads automatically and to an increase in creatinine. This is typical for bodybuilders, because they must consume large amounts of protein to build muscle.

In adults who do not exercise, the increase in creatinine above the norm may be due to the followingphysiological factors:

In all these cases, the creatinine in the blood is elevated, as a rule, uncritically. When adjusting the diet, stopping medication, normalizing the weight, "everything returns to normal."

Clearance - what does this mean?

Clearance is the ability of organs to purify blood from specific substances. When it comes to the clearance of creatinine, it means the ability of the kidneys to remove this substance completely from the blood. The kidney function can be assessed by the rate of blood purification from creatinine and inulin. Inulin is used for scientific purposes, and creatinine is used in medical practice, because of stable concentrations in the blood and urine.

This is determined by its concentration in the urine for a day, while the patient during this time collects urine in one bowl. Now more often only one biochemical analysis is used with determination of the creatinine concentration in the blood, and to calculate the clearance there is a special formula that takes into account the weight and age of the subject.

Low clearance indicates a decrease in glomerular filtration in the development of renal failure.

With a high content of creatinine in the blood, the patient is diagnosed with kidney damage in most cases. You can recognize them by the following manifestations:

Biochemical blood analysis shows not only high creatinine, but also a high content of urea or other constituent parts of residual nitrogen.

How to reduce the level of creatinine in the blood?

Remember that the first thing you should consult with your doctor. Only after a person is fully examined, it will be possible to talk about specific recommendations that will help reduce the concentration of creatinine.

It is also necessary to correct lifestyle and physical activity. They must be brought into line with the actual capabilities of the body. If the pathological causes of increased creatinine is not detected and the only option for this condition are excessive physical exertion, they are minimized.

Increased level of creatinine in the blood can be reduced quickly and easily, normalizing the diet in qualitative and quantitative terms. For this you need to eat more:

At the same time, limit use:

It will not be superfluous and correction of physical activity. It must correspond to the actual capabilities of the body.

Orvi in ​​pregnancy 1 trimester than to treat

Orvi or influenza how to identify