Amyotrophic lateral sclerosis (ALS, Charcot's disease, motor neuron disease, Lou Gehring's disease, progressive muscle atrophy) is a fatal disease of the central nervous system, characterized by selective damage to motor neurons. Clinically, it manifests itself as an increasing muscle weakness and muscle slimming, which is engulfing more and more muscle arrays. In the end, this leads to a complete immobility of the patient and a violation of breathing. The disease ends in the fatal case on average for 5 years from the diagnosis. Only 7% of patients live more than 60 months.

The leading medical scientists have not yet fully understood the causes of this disease, and the development mechanism has not been thoroughly studied. Tell you what is known to science.

The disease is known not so long ago. It was first described by Jean-Martin Charcot in 1869. According to statistics, 2-5 people per 100 000 population a year are detected, which indicates that this pathology is relatively rare. In recent years, there has been a trend towards an increase in morbidity and "rejuvenation" of ALS. In total there are about 70 thousand patients with amyotrophic lateral sclerosis. Men suffer somewhat more often than women, the ratio is 1.6: 1, but after 65 years this ratio is equalized. Usually, the disease manifests itself in people older than 50 years. More recently, it was suggested that cases of amyotrophic lateral sclerosis are more often recorded in highly intelligent people, professionals in their own business, as well as athletes, athletes who throughout their lives were distinguished by strong health.

Despite active research in this direction, the cause of the development of ALS is still not named. The bulk of scientists tend to think about the polyfactorial genesis of the disease, i.e. Several effects are expected.

It is assumed that the main role belongs to the change in the properties of superoxide dismutase-1. It is an enzyme that protects body cells from destruction under the influence of oxygen radicals, i.e. has an antioxidant function. In 30% of patients with amyotrophic lateral sclerosis, mutations in 21 chromosome genes encoding superoxide dismutase-1 are detected. And in 25% of cases this mutation is transmitted by inheritance to the next generations, in the remaining patients it develops for the first time in the genus under the influence of unfavorable factors. Perhaps, mutations of other structures also play a role: neurofilaments (the formations providing the framework of the nerve cell, giving it a form), the vesicle-associated protein.

Among the many factors that can cause the development of ALS, special attention is paid to:

Convincing data on the specific effects of any of the above factors are not yet available, their joint role in the development of the disease is assumed.

Why amyotrophic lateral sclerosis affects only motor neurons, is still a mystery.

The mechanism of development

The essence of the disease lies in the degeneration of motor neurons, i.e. under the influence of a number of reasons, the process of destruction of nerve cells responsible for muscle contractions is triggered. This process affects the neurons of the cerebral cortex, the nuclei of the brain and the neurons of the anterior horns of the spinal cord. Motor neurons are dying, and no one else performs their functions. Nerve impulses to muscle cells no longer come. And muscles weaken, paresis and paralysis develop, muscle tissue atrophy develops. How does this happen?

If the basis of amyotrophic lateral sclerosis is a mutation in the gene superoxide dismutase-1, then the process looks like this. Mutant superoxide dismutase-1 accumulates in the mitochondria of motor neurons (in the power stations of the cell). This "interferes" with normal intracellular transport, including the movement of protein formations. Proteins combine with each other, as it were stick together, and this triggers the process of cell degeneration.

If the cause is an excess of glutamate, then the mechanism for triggering the destruction of motor neurons looks like this: glutamate opens channels in the membrane of neurons for calcium. Calcium rushes into the cells. Excess calcium, in turn, activates intracellular enzymes. Enzymes seem to "digest" the structures of nerve cells, while a large number of free radicals is formed. And these free radicals damage neurons, gradually leading to their complete destruction.

It is assumed that the role of other factors in the development of ALS also lies in the initiation of free radical oxidation.

If we sum up all of the above, then it becomes clear that in the study of the causes and mechanism of development of amyotrophic lateral sclerosis more unknown than the studied. The ambiguity in these questions is reflected in the ways of treating this disease. The treatment, symptoms and diagnosis of this disease can be found in the following article. 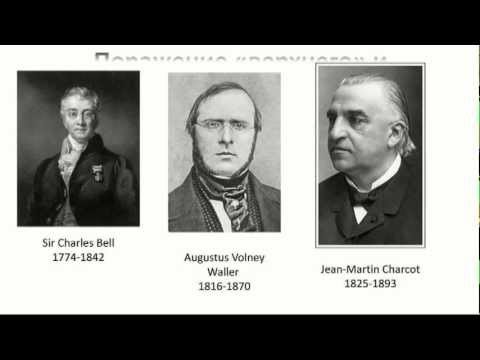 Night cough in an adult how to stop