Irritable bowel syndrome( IBS) is considered a frequent pathology in modern clinical practice. This functional disorder, characteristic of young and middle age, manifested by impairment of peristalsis and deterioration of digestion of food, can be caused by a whole complex of causes. Among them - a variety of stresses, irregular eating, as well as some bowel diseases( colitis, enterocolitis, polyposis, dysbacteriosis, Crohn's disease).Abdominal pain associated with eating and having a spastic or colonic character, pronounced flatulence( bloating), often nausea, stool disorders( diarrhea or constipation) - all these symptoms of IBS greatly impair the general condition of the patient and reduce his ability to work. Therefore, it is very important, first of all, to determine the background status of the intestine, to diagnose its possible organic pathologies. If they are not present, then a functional disorder is established, which also requires complex therapy.

To treat irritable bowel syndrome, medicines with different mechanisms of action are used. These are the means that normalize the process of peristalsis( motility) and reduce gassing, as well as medications with a sedative effect that affect the emotional sphere of a person. Equally important is the therapeutic diet, consisting in a special mode of food intake and the choice of certain products of .Such a diet with IBS with flatulence is already 2-3 weeks after the start of its implementation can lead to an excellent result. And with its constant observance, the patient, who previously suffered from manifestations of intestinal disorders, will completely forget about unpleasant symptoms.

diet In IBS, an individual approach plays a big role, that is, the nutrition for the patients will not be completely identical. This is determined by the form of the underlying diagnosis( type of colitis or enterocolitis, dysbacteriosis), as well as the presence or absence of organic changes in the small and large intestine. In addition, the diet is influenced by the severity of pathological symptoms of functional intestinal disorder. With intense colic and stool disorders, that is, during exacerbation of IBS, the food should be especially gentle and carefully designed. As soon as the severity of the pathology decreases, some "expansion" of the list of used products and methods of their processing is allowed.

The basis of the diet for IBS is a treatment table number 4, which is intended for patients with various pathologies of digestive organs. On the "sharpness" of irritable bowel syndrome, table No. 4b is used, the feature of which is the predominance of wiped and scraped dishes, especially gently affecting the stomach and intestines. When the patient recovers, when flatulence decreases, the pain syndrome is cut off and the normal stool is restored, table No. 4c is prescribed, which provides for the expansion of the diet and the use not only of the wiped dishes. A carefully selected menu will not only regulate the correct intestinal motility, but also positively affect the production of digestive enzymes and, consequently, the process of assimilation of nutrients. 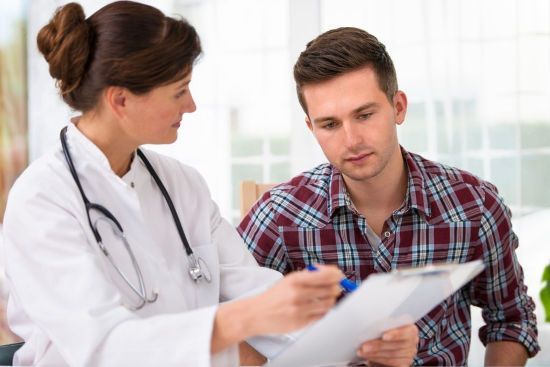 Recommendations for nutrition depend on the type of IBS

It should be noted that with the established diagnosis of irritable bowel, the diet should be observed by patients constantly. This will mainly ensure the absence of exacerbations, the normal functioning of the digestive system, the excellent general condition of the person and his positive psycho-emotional mood.

In each case, the diet for irritable bowel syndrome with flatulence is developed individually, and the products causing the patient's peristalsis and food digestion must be identified and then ruled out. In some patients, the "starting point" is a violation of diet, for example, eating after a long starvation.

But in the medical diet for IBS, which takes place in various forms, there are general principles that can be expressed as follows:

It is important to clarify that the spasms of the mucous membranes of the digestive organs should not only be mechanical, that is, the dishes should be prepared in liquid form, in the form of puree or small pieces. It must also be thermal and chemical. Thermal shade concerns the temperature of the ready dishes, it is allowed within 40-60 degrees, that is, the patient should use warm soups and second dishes, drink not very hot tea and not too cold compote. With chemical care, attention is paid to excluding any sharp and spicy spices, as well as sauces, which are capable of enhancing peristalsis in the intestines and, consequently, diarrhea.

are excluded for chemical shaking of the intestine. But not in all patients, irritable bowel syndrome proceeds identically. There are forms of pathology, accompanied by increased peristalsis and diarrhea, and there are types of IBS with a delayed motor function, which leads to the development of constipation. Therefore, nutrition with IBS with flatulence( hypertonic form) or without it( hypotonic form) will also be different.

Nutrition in IBS with meteorism

This form of pathology requires a particularly careful "treatment" of the intestine. The food should soothingly act on it, slow the peristalsis, but, at the same time, do not allow stagnation of food masses and the development of constipation. Dishes should "supply" the body with enough protein, carbohydrates, fats, energy.

The main directions of this diet are as follows:

. At a time when the patient suffers from severe abdominal pain, swelling and diarrhea, along with taking medications, he can be offered dishes that are of sufficient nutritional value and are quite diverse and tasty.

After several days of such a diet, acute manifestations of IBS are stopped. Then, with the permission of the attending physician, you can carefully enter into the diet and other dishes. For example, soups with pieces of meat and vegetables, goulash without spices, vegetable or meat stew.

Nutrition for IBS without flatulence

Pathological conditions with delayed peristalsis require intestinal stimulation. Therefore, the tactics in preparing the diet is almost the opposite of that in patients with flatulence.

Its main directions are as follows:

In the hypotonic form of IBS, in order to normalize the functioning of the intestine, the acid-milk products

are allowed. As can be seen from this list of recommendations, nutrition in the hypotonic form of IBS is intended to "push" the intestine to work, accelerate the motor skills and the absorption of nutrients. Based on these recommendations and using a fairly large arsenal of allowed products, you can eat very diverse and fully, without suffering from a lack of proteins, fats, carbohydrates, vitamins and trace elements.

Each form of irritable bowel syndrome requires an individual attitude to the patient. Incorrect nutrition, despite adequate drug therapy, can greatly worsen the outcome of treatment. Therefore, a patient diagnosed with IBS should strictly follow all medical recommendations, especially those related to a medical diet.

The better the gargle at tonsillitis 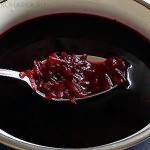 How to treat chronic tonsillitis in adults