What you should know about the classification of acute heart failure

Acute congestive heart failure, OCH is a polyethological syndrome, in which deep violations of the pumping function of the heart occur.

The heart loses the ability to provide blood circulation at the level necessary to maintain the functioning of organs and tissues.

Let's take a closer look at the classification of acute heart failure.

The main types of


In cardiology, several methods are used to classify the manifestations of acute cardiovascular insufficiency. According to the type of hemodynamic disorders, distinguishes congestive and hypokinetic acute heart failure ( cardiogenic shock).

Depending on the localization of the lesion, the pathology is subdivided into right ventricular, left ventricular and mixed( total).

In cases of lesions of the left ventricle in a small circle of blood circulation, stagnation forms. Pressure in the pulmonary artery system increases, with increasing pressure, pulmonary arterioles narrow. External breathing and oxygenation of the blood are difficult.

The liquid part of the blood begins to sweat out into the lung tissue or into the alveoli, interstitial edema( cardiac asthma) or alveolar edema develops. Cardiac asthma is also a form of acute insufficiency.

Difficulty in breathing is manifested by shortness of breath, increasing to choking, in some patients Cheyne-Stokes breathing( intermittent breathing with periodic stops).

In prone position, shortness of breath increases , the patient tries to sit( orthopnea).In the early stages in the lower parts of the lungs, wet rales are heard, which turn into small bubbles.

Increasing obstruction of small bronchi is manifested by dry wheezing, prolonged exhalation, symptoms of emphysema. Alveolar edema is indicated by sonorous wet rales over the lungs. In the severe stage, the patient's breathing becomes bubbling.

The patient suffers from a dry cough , as the pathological condition progresses, sparse sputum separates into foamy sputum. Sputum can be colored pink.

Acute right ventricular failure develops with pneumothorax, decompression sickness, embolism of the trunk or branches of the pulmonary artery, total pneumonia. When the right ventricular function is disturbed, congestion forms in a large circle of circulation. The patient develops shortness of breath, on inhalation noticeably swelling of the jugular veins.

The liver enlarges and thickens due to blood stagnation in the portal system, it becomes painful.

There is an abundant cold sweat, acrocyanosis and peripheral edema appear.

As the disease progresses, the swelling spreads higher, the effusion of the liquid part of the blood into the abdominal cavity begins - ascites.

Some patients have abnormal stomach function - develops congestive gastritis .AD sharply decreases until the development of cardiogenic shock. In response to the progressive shortage of oxygen in the tissues, the frequency of respiration and palpitation increases.

With total heart failure, symptoms of both forms are observed.

The classification is based on the clinical manifestations of pathology and its radiographic signs. Based on these data, four stages of pathology are identified according to increasing severity:

The classification of acute heart failure by Killip is designed to assess the condition of a patient with myocardial infarction, but can be used in cases of pathological conditions that have arisen for other reasons.

Based on the clinical severity of


. It was proposed in 2003 to assess the condition of patients with acute decompensation of chronic heart failure. The basis is based on the symptoms of peripheral circulatory disturbances and auscultatory signs of stagnant phenomena in a small circle. Four classes of severity of the condition are distinguished by these criteria:

Several clinical variants of the pathology pathology are possible:

Any possible classification is to some extent conditional and is designed to simplify the diagnosis and selection of treatment tactics in emergency situations.

For more information on heart failure, you will learn from this video: 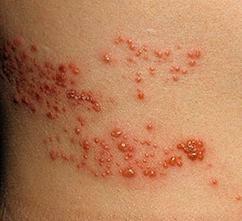 Herpes on the body - causes and treatment