The appearance of newborn babies is the long-awaited and most important event in the life of most women. The ladies feel themselves already in a new role, when in the pregnancy test they see two strips, indicating a positive result and the fact of the conception of a future child. Some women want to know as soon as possible the sex of their baby.

It should be noted at the outset that ultrasound diagnosis is the most informative and reliable method for determining the sex of a child at the end of the first and beginning of the second trimester of pregnancy.

I will answer in advance - in advance - to the question of what week it is possible to know the sex of the fetus when performing ultrasound - this is exactly 12 to 13 weeks exactly, but better in 14 weeks!

What gender traits are being studied when performing ultrasound?

Ultrasound can not only assess the condition of the fetus, uterus and other internal organs of a woman, but also determine the sex of her unborn child. Conducted ultrasound procedures during pregnancy are completely safe and do not harm the child. Just the ultrasound doctor can observe and study the first signs of the sex of the fetus - these are the features of the structure of the genital organs in boys and girls.

When is the first ultrasound used in pregnancy?

Usually, during pregnancy, the first ultrasound is prescribed for a period of 11-12 weeks. It should be borne in mind that during this period the process of forming the organs of the reproductive system continues, therefore it is somewhat problematic to know exactly the sex of the crumbs. Although, if the doctor-USZ experienced, on closer examination, nevertheless he will be able to notice the presence in the abdomen of the male fetus, the developing testicles.

How many weeks of pregnancy can a child's sex on ultrasound be determined exactly?

And although many women find out the sex of the unborn child is impatient, and they tease the doctor with questions, at the age of eleven to twelve weeks sex differences between boys and girls are difficult to distinguish. Therefore, medical practice shows that the majority of ultrasound on this date by definition of sex are erroneous.

With each new week the process of formation of the genital organs in the child continues, and this increases the chances of future parents for accurate sex determination.

By the 14th week of pregnancy, the errors in sex determination are minimized, since now not only external evaluation of organs is carried out for this purpose. At this time of pregnancy, a specialist can conduct a special study to find out the sex of the fetus. For this, during the ultrasound, the doctor measures the angle between the back and the sexual tubercle of the unborn child. According to the figure, we can talk about gender, and an experienced specialist at this time is able to accurately predict who will be born to his parents - a son or daughter.

In practice, there are oddities, some spouses want to give birth to a boy so much, and they continue to believe in it even after ultrasound confirms the presence of the female in the fetus.

That here it is possible to tell or say, till 18 weeks of pregnancy still there are chances that the carried out earlier researches were erroneous. However, it is from 18 weeks you can already accurately know the sex of the future child. After all, it is from this time that the fetal organs reach a normal degree of development, and even not very experienced specialists will easily determine who will be born to the spouses.

Video: When and how the sex of a child is determined by ultrasound

When performing an ultrasound, a specialist with the help of a sensor can detect the presence of labia in girls, and the scrotum and penis in boys. Examination of any part of the body is determined by the position of the fetus in the mother's body, the amount of amniotic fluid and the thickness of the abdominal wall. In addition, the quality of medical equipment and the experience of a specialist who performs ultrasound play a significant role.


It is unlikely that it will be possible to reliably determine the sex of the future baby in the first trimester of pregnancy. Only at the 6th week does the process of genital formation begin and the fetus appears on the body with a convex tubercle. Approximately to 9 weeks the sexual organs of boys and girls are the same without any significant differences. During this period, the sexual tubercle and the sexual folds are covered from the outside by the labia-scrotal tubercles.


Development of the reproductive organs in the fetus, features of

In girls, the blood content of a small amount of the hormone is testosterone. Therefore, after the formation of external genital organs at week 8 in the future, they practically do not change externally. Gradually, with the growth there is a transformation of the sexual tubercle into the clitoris. It can be observed its growth both during the finding of the female fetus in the mother's abdomen, and after his birth.

As the fetus develops, the genitourinary folds into the small labia. Further, the sizes of the labial-scrotal tubercles gradually increase, and they turn into large labia. The genitourinary gullet does not close and the entrance to the vagina is formed. By the 14th week of embryo development, the position of the external opening of the urethra can be determined.

By the 20th week, all external changes in the genitals are already completed and on ultrasound without problems it is possible to determine the sex of the child. Of course, everything in this case depends both on the expertise of the specialist and on the quality of the medical equipment.

Some babies during the ultrasound are turned to a specialist so that their organs are completely invisible.

At this time, when examining the male fetus, you can see a bug between the legs, which is a scrotum and penis. When the ultrasound is performed on the apparatus, the sexual organs of the boy resemble a cochlea of ​​a small size.

Unfortunately, to determine the sex of the baby at the very beginning of pregnancy will not be able even the most experienced doctor. After all, in this period there is an intensive process of forming the sexual organs and it ends about 10-12 weeks of pregnancy. In addition, the external changes in the genital organs can be identified only after about 5-6 weeks after the end of their formation.

Method for determining the heartbeat gender

Some future mothers resort to other alternative ways of determining the sex of their future baby:

To find out who they are born with, they are trying by the date of conception of the child, by popular signs and using ancient Chinese tables. You can read about this on a separate page: Who will be born: a boy or a girl. Accurate table of pregnancy for 2018-2019.Determine the sex of the child by the age of the mother in percent.

A more reliable method of determining the sex of a child can be "to name the definition of a child's sex by the peculiarities of his heartbeat."

There is confidence that many experienced doctors are able to know the sex of the future baby by the number of strokes of his heart, starting from 11 or 12 weeks of pregnancy. It is during this period that the formation of the heart is coming to an end and the theory says that in female toddlers the heart rate is slightly higher than that of boys.

Representatives of modern medicine say that you should not trust such a method as clarifying the sex of the baby by the peculiarities of the heartbeat. In their opinion, ultrasound is considered to be one of the most accurate and reliable methods of investigation.

Today, other methods are used to find out the sex of the baby in the first weeks of pregnancy. They are used only in certain situations, for example, when the birth of a boy is not desirable because of genetic pathology:

Most often, it is possible to accurately know the sex of a future child closer to 24 weeks of pregnancy during the second scheduled ultrasound.

Whatever was found out during ultrasound diagnosis, whoever he showed - a girl or a boy, the main thing is that the child is born healthy. And the son or daughter will please you! 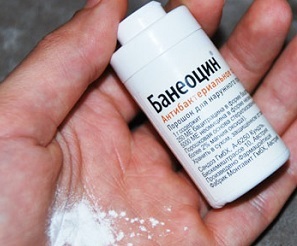 How to take Betagystine tablets