Hypertensive Disease 1 degree: the mechanism of development, diagnosis and treatment

The normal blood pressure readings are 120( systolic, or "upper") values ​​for 80( diastolic, or "lower") mmHg. Art. Therefore, with abnormalities we can talk about the appearance of hypertension, the initial stage of which( 1 degree), is characterized by:

At the heart of the development of hypertension 1 degree is a genetic defect, inherited - a change in the structure of cell membranes and the violation of electrolyte metabolism( the entry of sodium and potassium ions into the cell and back).This defect becomes the cause of pathological chemical reactions, due to which the steady narrowing of the vascular walls develops, fluid is retained in the body. Pathology progresses gradually, for its stable fixation in 95%, a number of factors are needed( chronic kidney disease, excessive salt intake and others).

Hypertension of the first degree is dangerous due to the development of serious complications - cerebral ischemic stroke, myocardial infarction, retinal hemorrhages, renal and vascular lesions. However, the risk is assessed as low( less than 15% over the next decade).

In 90-95% of cases, hypertension 1 degree can be cured if the cause of its appearance( curable pathologies of the kidneys and adrenal glands, endocrine disorders) is eliminated, and the influence of factors fixing the pathology( excess salt, smoking) is minimized.

Mechanism of development of

Normally, the volume and pressure of blood in the vascular bed, constriction or relaxation of the walls, the amount of fluid in the body regulates a complex chain of chemical transformations of some hormones into others - RAAS( renin-angiotensin-aldosterone system).

Because of the genetic defect of the cell membranes through which the sodium and sodium ions enter the cell and back, the RAAS system is malfunctioning, the chain of chemical transformations becomes uncontrollable. The level of substances that cause a steady narrowing of the lumen of the vessels, increase the volume of the fluid( causing the heart to contract intensively), prevent the excretion of sodium from the body, it increases - develops GB of 1 degree.

In the process involved the so-called fixation factors - various chronic diseases and infections of the kidneys and adrenal glands.

Characteristic differences of hypertension 1 degree from other degrees of GB

GB 1 degree - a borderline state, it has significant differences from other degrees of hypertension.

difference between the degrees and stages

The hypertension 1 degree different from 1 GB stage? These are the types of classification that make it possible to clarify the overall picture of the disease: the degree is established, guided by the indices of blood pressure. When determining the stage, the main factor is how much the target organs are damaged( how complicated the GB was):

Typically, 1 degree of hypertension corresponds to stage 1( a rare, irregular increase in pressure ranging from 140/90 to 159/99 mm Hg, unchanged from the internal organs).

One of the main causes of increased blood pressure( BP) is the deviation in the chain of transformations of renin( renal hormone) into angiotensin and aldosterone( vasoconstrictor hormones), resulting in a persistent vasospasm, increased fluid volume in the body and increased heart function.

Disorders can be triggered:

Pathology develops against a background of numerous risk factors:

GB 1 degree - the initial stage, preceded by other, more severe manifestations of the disease. It is with her that any hypertensive disease begins. Therefore, the causes and factors contributing to the appearance of the disease are the same for any degree of GB.

Hypertensive disease of the 1st degree in most cases( 85%) proceeds easily, the symptoms of the pathology are poorly expressed and manifest only at the time of pressure increase, temporarily reducing mental and physical ability to work( with headache).After the normalization of blood pressure, the symptoms recede.

Physical activity causes a slight increase in cardiac output, may cause a pressure shock. In general, pathology does not impair the quality of life and does not interfere with any physical action.

The most characteristic sign for hypertension of the 1st degree is a bright, severe headache localized in the temporal or occipital region of the head.

In 45% it is joined by other manifestations:

Often( in 70%) the disease occurs against a background of various sleep disorders( from anxious, superficial, often interrupted sleep to insomnia).

The appearance of complications in 1st degree GB is more likely to be an exception than the rule, although in 15% of cases it can lead to the development of:

In hypertension 1 degree, the symptoms are not constant, combined with an increase in pressure, which rises from time to time, with intervals of several days or even weeks.

The presence of risk factors several times increases the likelihood of complications( infarction, stroke) even with hypertension of 1 degree.

Thus, with 1 degree hypertension, the risk of 1 means that any factors that can trigger the progress of pathology are absent, and the probability of complications in the next decade is low, not more than 15%.

For hypertension 1 degree 1 stage, risk 2 - despite rare increases in pressure and absence of changes on the part of target organs, against the background of 1 or 2 permanently present risk factors( enough of one hypodynamia), the probability of a heart attack or stroke within 10 years increases to 20%.

Multiple factors and concomitant diseases of the heart, kidneys, and vessels increase the risk of complications by more than 50%( risk 4).

Hypertension 1 degree can be cured in 90-95% of cases, if the cause of its appearance is eliminated in time, minimize the influence of risk factors( for example, salt intake).

Unlike other degrees of GB, when you need to constantly take a complex of angiotensin drugs, at grade 1 medication is rarely prescribed, rather, as an exception to the rule.

Treatment of mild GB in most cases begins with the appointment of light sedatives, tranquilizers and physiotherapy methods. Simultaneously normalize the regime of the day and diet, eliminate the factors that contribute to the appearance of the disease( smoking).

For the normalization of blood pressure for hypertension 1 degree in 50% of cases it is sufficient to abandon the excessive use of salt, reducing the daily rate to 4-4.5 grams per day. In the presence of other risk factors:

Medication is necessary in cases where:

Since GB 1 degree is an uncomplicated form of the disease( no target organs are involved),

All pressure-reducing agents are prescribed in minimum dosages for a quarter or half of the tablet, so as not to cause a sharp drop in pressure.

GB 1 degree - the initial, mild form of the disease. It does not greatly affect the ability to work and does not worsen the patient's quality of life, so it is often diagnosed accidentally.

In 90% of cases, it is successfully cured if the cause of the onset and factors influencing the fixation of GB( excess salt in the diet) are detected and eliminated in time.

The timing of therapy is determined individually, in some cases they depend on the attendant risk factors( obesity, smoking), it may take time to eliminate them.

The risk of developing severe complications in hypertension 1 degree is low - only 15% over the next 10 years, so it is considered the safest form of the disease.

What to smear of chickenpox in children - 6 options 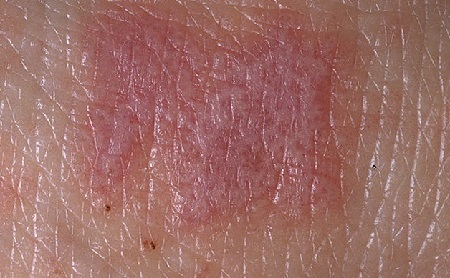 Red flat lichen in a person - symptoms and treatment