Pain in the lower abdomen on the left in men

The pain in the lower left segment of the abdomen in men can be caused by different reasons. Anatomically in this area, the sigmoid and rectum are projected. In addition, soreness can cause inflammation of the prostate gland, spleen, renal colic.

Disease of the intestinal tract

The pain in the lower abdomen on the left in men can be a sign of the following diseases:

Pain in the left side can cause a combination of inflammation of the mucosa of the rectus and sigmoid colon. Signs of the disease are:

For the chronic form of sigmoiditis, mucus is secreted from the anus, which causes itching and irritation of the skin around the anus. The cause of the disease can be: infections of various origins, in particular, dysentery, typhoid fever, as well as syphilis and gonorrhea, constipation - particles of dried stool cause irritation of the intestinal walls, allergic reaction.

After diagnosing the cause of inflammation of the intestine, the man is prescribed the appropriate therapy.

There are several varieties of sigmoidite:

Symptoms of sigmoiditis include the following manifestations: sharp cramping pains in the left half of the abdomen, extending to the left leg and into the lumbar region, nausea, vomiting, bloating, upset of the stool (diarrhea), combined with frequent false urges - stinking stench containing blood and mucus (it reminds me of meat slops).

Appears only a mixture of mucus and blood without particles of stool, intoxication - headache, weakness, weakness, increased body temperature. Treatment of the disease is conservative. The patient is prescribed adherence to the therapeutic diet, as well as taking antibiotics and probiotics to restore the intestinal microflora.

Soreness in the left side of the lower abdomen on the left may be a symptom of sigmoid colon diverticulitis. The disease is accompanied by the development of pathological protrusions in the walls of the intestine, and is one of the most frequently diagnosed gastrointestinal pathologies.

The causes of diverticulum formation are: changes in the walls of the intestine of a dystrophic character, disturbances of intestinal peristalsis, stagnation of fecal masses in the lumen of the sigmoid colon, vascular pathology of the gastrointestinal tract. Most often these factors work in combination.

The period of exacerbation of diverticulitis is accompanied by the following symptoms:

Treatment of the disease is complex and includes several points:

In severe cases, a surgical operation is prescribed.

Sometimes the left side hurts in the lower abdomen of a man due to intestinal obstruction. This pathological condition arises from the presence of mechanical / functional reasons that prevent the passage of food and fluid through the large intestine.

The main signs of colon obstruction include: spasmodic pain localized to the left in the lower abdomen, attacks of nausea, resulting in vomiting, severe asymmetric bloating, constipation, delayed gases.

Causes of drawing pains in the lower abdomen

A typical clinical picture develops against a background of complete well-being. The first symptom is severe pain in the left lower abdomen.

Initially, it is determined in a specific place, and then, as the condition worsens, it becomes diffuse.

The patient feels strong contractions of the intestine, accompanied by active bubbling. As the pathology progresses, the condition of a person worsens greatly: the patient pales, he has a significant sweating.

The absence of an adequate state of treatment may pose a threat to human life. Against the background of obstruction, necrosis of the affected part of the intestine, caused by a violation of the local circulation, is not ruled out. In the future there is perforation of the intestine and development of peritonitis.

Nonspecific ulcerative colitis is a diffusely ulcerative inflammation of the mucous membrane of the large intestine. The origin of the disease has an unclear etiology. The reasons for its development can be:

Comprehensive examination is necessary for the differentiation of pathology

Symptoms of pathology in the acute period are:

Nonspecific ulcerative colitis is characterized by weight loss, which is due to a decrease in appetite, impaired digestion and frequent liquid stool. A special danger for humans is the fulminant form of pathology, which develops lightning fast. Her severe complications are perforation of the intestinal wall and its toxic increase.

Since the reasons for the development of pathology to doctors are not completely known, the therapy is reduced to reducing inflammation, reducing pathological symptoms and preventing exacerbation. Treatment involves the use of therapeutic and surgical techniques. An important point is the observance of the therapeutic diet.

Polyps of the sigmoid colon

The cause of pain can become polyps, growing from the tissues of the glandular epithelium and directed into the intestinal lumen. They may look like mushroom-shaped, grooved or spherical formations, which are attached to the surface by a mucus with the help of a pedicle. Initially, they are benign, but tend to be reborn.

There are the following varieties of polyps:

Symptoms of polyps of the sigmoid colon become (clinical symptoms appear late and only after the size of the polyp exceeds 3 cm):

Polyps of the sigmoid colon for a long time are asymptomatic
The last stages of polyposis are characterized by worsening of the patient's condition: intestinal obstruction develops, fatigue increases, body temperature increases.

Diseases of the spleen

The causes of pain can be the pathology of the spleen. The pain in the lower abdomen on the left can be accompanied by: abnormal organ enlargement, spleen infarction, abscess, vomiting, myelo- and lymphocytic leukemia.

Expansion of the spleen

The organ is located in the region of the left hypochondrium, but as a result of abnormal expansion of the pain appear along the lower abdomen (its left side). The causes of inflammation can be inflammatory process, worsening of blood circulation in the organ.

Signs of pathology are:

The infarction is caused by the overlap of the lumen of the artery feeding the spleen. In this case, the death of a part of the organ occurs. Signs of the occurred heart attack are: a sharp pain, descending their left hypochondria down the abdomen, intensifying the pain syndrome with deep inspiration, movement, coughing, raising the body temperature to high levels.

Abscess of the spleen

Strong pain accompanied by the formation of abscesses. The symptomatology of the condition is as follows: spasmodic pains in the left hypochondrium, extending to the left part of the thorax and lower abdomen, intensifying weakness, fever, nausea, resulting in vomiting.

The condition requires surgical intervention and the appointment of antibiotic therapy

Sphere of the spleen

The cause of the condition is the twisting of the artery, which supplies the spleen with blood. A defect caused can be a trauma to the ligaments of the mesentery or their congenital pathology. Symptoms of the pathology may include: bloating, constipation, pain, descending from the left hypochondrium to the abdomen, vomiting, gradual deterioration of the condition.

Soreness develops after eating and when you click on the area of ​​the projection of the spleen. As the condition worsens, soreness will only increase.

Stomach with inflammation can significantly increase in size, sinking into the lower calving of the abdomen. In such cases gastritis is accompanied by strong intestinal cramps. Additional signs of pathology are:

With appendicitis, soreness is most often determined on the right, but in rare cases pain is shifted to the left. Symptoms of a pathological condition are:

The soreness of the lower left abdomen in men may indicate the development of serious illnesses. And with the appearance of pathological symptoms it is recommended to get a qualified medical consultation.

Benefits and harm of oat bran for the human body

What to do if the gallbladder stones: treatment with folk remedies 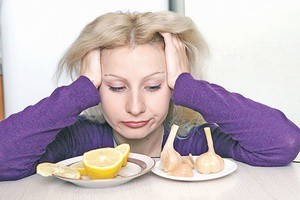 What are the folk remedies for swine flu?