A mad dog, a fox, her bite, what to do, if she's bitten, how to help a person

Often, seeing someone else's pet on the street - a dog or a cat, we want to caress and pat it, especially if it is friendly to us. Our vigilance falls asleep, even when we see a wild animal - a hedgehog, a fox. And, by the way, in Nature, foxes and other animals can be carriers of the most dangerous disease - rabies caused by a virus.

Just one bite, and the most dangerous bitten places are the fingers and face, and the rabies virus can inevitably penetrate the nerve cells and trunks( this is the feature of the spread of the virus) to the brain - the central nervous system.

If a person is bitten by a fox, cat or dog, it is important to know whether it is infected with a rabies virus. It is not always possible.

And, remember, a case from life that happened thirty years ago. ..

One elderly citizen from the city of Uryupinsk went to his house and saw a small fox, who was friendly. The pensioner caressed the fox, played with it and stroked it, while the animal licked the man's hands. The fact of a bite did not occur. But this elderly citizen died a few days later from the painful attacks of rabies( rabies).

How did it happen, you say? It's very simple: the pensioner had on his finger a fresh little troubling wound. That's through it, and the virus invisibly penetrated the body of the unfortunate person.

This is science! Therefore, in this article, we will talk about what rabies is, how not to get sick of them, what to do if you are bitten by a dog.

First aid with a bite of a rabid animal

The veterinary service is responsible for the prevention and treatment of rabies. Do not waste precious time, do not contact the commercial veterinary clinics for help, - from there the patient should send a bitten person to the state security service at the place of residence.

In the Russian Federation, activities related to the prevention of rabies for both humans and animals are free of charge. If only there was a vaccine available, it is expensive, especially in our time with an eerie system of contract purchases for public needs.

Rabies is an infectious disease caused by a rabies virus. The virus is transmitted with saliva when bitten by sick animals. Further, spreading along the nerve pathways, the virus reaches the salivary glands and nerve cells of the cerebral cortex, causing severe irreversible disorders of the central nervous system.

In humans, infection with the rabies virus in the event of the development of symptoms almost always inevitably leads to death in a few days.

The first mention of rabies dates back to the year 2300 BC.


On the monstrously dangerous disease that occurs after the bites of a dog or a fox, wrote Homer, Aristotle and Democritus.

An accurate description of the symptoms of a disease called "rabies" or "rabies"( hydrophobia) was compiled by the Roman scholar Olus Cornelius Silsus in the 1st century AD.

During the colonization of America, Spanish doctors recorded cases of agonizing death of soldiers after bites of small volatile animals( bats-vampires are still the main carriers of rabies in America).

The fact that rabies are infected through the flow of saliva of an animal into the blood of a person or other animal, was first discovered by the German scientist Zinke in 1804.The development of a vaccine against rabies is one of the greatest achievements of the great French scientist Louis Pasteur. He established a temporal sequence of the development of the virus in the body and first received a vaccine against rabies.

In 1885, with the help of the vaccine, the first bitten boy, Josef Meister, was bitten by a dog. In those days it was a miracle, because a man bitten by a rabid animal inevitably died. Grateful Parisians put Louis Pasteur monument in his lifetime just for the discovery of a vaccine against rabies.

In 1903, the Italian pathologist Adelchi Negri discovered specific bodies in the brain, present only in rabies-infected animals. This discovery facilitated the postmortem diagnosis of rabies. This method is today the main method of diagnosis of rabies.

How do they get rabies?

The greatest probability of infection from foxes and stray dogs living in the countryside.

Also sources of infestation by rabies are:

The source of human infection of a rabies virus is infected animals( dogs, foxes, wolves, hedgehogs).The virus penetrates into the human body with a bite, as well as when the saliva of a diseased animal hits the mucous membranes or damaged skin, and then spreads through the nerve endings, affecting almost the entire nervous system.

A dog bitten: What should I do?

When biting a dog or other animal, a series of urgent measures is necessary.


Even if you are bitten by your own dog, cat or other domestic pet, but you are not sure that the vaccine was done on time, be sure to see a doctor and take the animal to a veterinary clinic for examination and vaccination.

In the emergency room you are required to offer a course of anti-rabies treatment. Do not be afraid: 40 injections in the stomach have not been done for a long time. Initially, you will be given a vaccine along with the antiserum, so that the antibodies contained in it help to destroy the virus. Then, another 5-6 injections of the vaccine will be made in the shoulder according to a specific time schedule. This will allow the body to develop its own immunity against the rabies virus.

Rabies occurs on all continents except Australia and Antarctica.

This disease has not yet been recorded in island countries: Japan, New Zealand, Cyprus, Malta, as well as Norway, Sweden, Finland, Spain and Portugal.

Rabies is such a dangerous disease that it is impossible to overestimate the role of preventive measures to prevent the possibility of infection.

Pet owners must annually carry out prophylactic vaccination against rabies for their pets.

If you go on a trip to the regions with an unfavorable epidemiological and epizootic rabies situation, you should do a prophylactic vaccination against rabies.

The same measures should be taken if you go on a forest trip, where the probability of encountering wild or wild animals is high.

The risk of infecting rabies in the spring-summer period is especially great.

Rabies in cats: how dangerous is rabies, sources

On the video channel "Children of Fauna".

Rabies in cats is almost as common as in dogs, but cats are more dangerous as a source of rabies, if you want to know why, watch the video. Also, you will learn about the prevention of rabies and what is its danger to humans.

Veterinarian about the prevention of rabies: how to recognize what to do and where to go

Since April 24 in the suburbs, a month has been conducted to prevent rabies. Veterinarians of the state station to combat animal diseases thrice in Ivanteyevka they organized mobile vaccination points. Protected against the most terrible, deadly disease - more than a half thousand Ivanite dogs and about 800 cats. Veterinarian Marina Arestova will tell you what you need and what not to do if you saw even the most harmless wild animals.

Live Fine! Rabies - what to do if the dog

was bitten by Elena Malysheva will tell in this issue of the telecast "Live healthy!" About the treatment of rabies.

The source of infection with rabies is infected animals( dogs, foxes, wolves, hedgehogs, etc.).A person becomes infected with a bite to sick animals, as well as when his saliva gets on mucous membranes or damaged skin.

After penetration into the body, the rabies virus spreads through the nerve endings, affecting almost the entire nervous system.

Stages and symptoms of rabies:

What to do at home if bitten by a dog:

Source: video on the topic, the editorial of the author's article by Kirill Matveyev, taken from the site of http: //www.ebftour.ru/ articles.htm? Id = 5965

The best tablets to reduce cholesterol: a list and prices 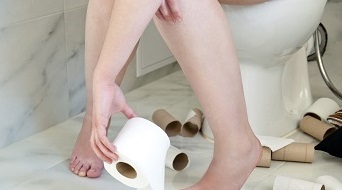 Diarrhea tablets are effective and inexpensive