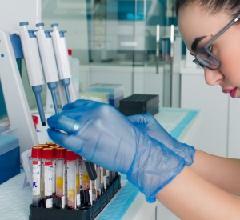 Activated partial thromboplastin time (APTT) is a special medical test that simulates the process of clotting blood on the inner way, aimed at assessing the presence of plasma factors, inhibitors and anticoagulants in the blood.

It shows the effectiveness of the internal mechanism of blood clotting, allows to diagnose hemophilia and monitor patients undergoing heparin and herdin therapy.

For an adult, the norm of APTTV is from 21 to 35 seconds. Elongation of APTTV means that the blood is curled more slowly than necessary. This happens in those cases when there are not enough clotting factors in the blood, or there are substances in the plasma that slow blood coagulation.

It should be remembered that different equipment in the laboratory has its own specific norms. When you receive a result, this indicator will be indicated in the column "reference values".

AChVT is the period of time for which a blood clot appears, this occurs after calcium chloride or other reagents are added to the plasma. At the moment, the analysis is the most accurate indicator, the presence of diseases associated with blood clotting

Normally, the fibrin clot forms within 21-35 sec. Methodology of researchconsists in the following manipulations:

Before the study should adhere to such recommendations as a temporary refusal to take anticoagulant drugs, hunger for 12 hours before the analysis and, if possible, quitting during the day.

The causes of increased or decreased APTT

If the APTTV exceeds the norm, this indicates that the patient has possible liver diseases or a deficiency vitamin K in the body, and this can also speak of the presence of a vocal anticoagulant in the blood.

APTTV is above normal - what does it mean?

Causes leading to lengthening above the norm of activated partial thromboplastin time (APTT):

As a rule, high results of APTT analysis indicate an increased risk of bleeding due to congenital or acquired deficiency of one or more coagulation factors.

APTTV is below normal - what does it mean?

Shortening of the APTT below the norm indicates the predominance of hypercoagulability and can be caused by the following reasons:

Decrease in APTT indicates a tendency to thromboembolism.

What affects the results of the analysis

How does the decoding happen? What specifically affects the result of this analysis?

The APTT value is very important for establishing an accurate picture of the patient's condition, especially during pregnancy. The results of the analysis allow not only to evaluate the work of the coagulation system, but also to reveal the presence of certain diseases. And the sooner a deviation of APTT from normal is detected, the easier and faster it is to cope with the disease.

What does the biochemical blood test show: decoding, norm

Exercises on the back in the gym: a complex for strengthening

Nursing with myocardial infarction: how to reduce the risks of complications and save the patient's life