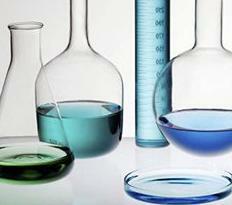 Any chemical burn, both actually and thermal, is characterized by damage to the human body in contact with chemicals that can cause tissue destruction.

This is in most cases acid, alkali, volatile oils, bitumen, kerosene and gasoline, phosphorus, etc. Moreover, most often affected areas belong to the upper limbs, less often to the lower extremities, even less often to the trunk. But sometimes the eyes, the face or organs of the esophagus and the mouth are affected by such a burn.

It should be borne in mind that the consequences of such a burn depend on the depth, severity of the penetration and concentration of the chemical, and on the quality of timely treatment. In this article we will look at the types of chemical burns, their photos, and also find out what first aid should be given to a person at home under a chemical skin burn.

The severity of the damage to the skin and mucous membranes during a chemical burn depends on the concentration of the substance and the duration of its action on the tissue. It is generally accepted to allocate 4 degrees of severity of a burn with chemical substances:

It is noteworthy that the signs of a chemical burn do not fully manifest themselves immediately, therefore it is possible to assess their degree only after first aid is provided. The first symptom is a burning pain in place where a chemical has got, and slight redness. If you do not start immediately, the burn will go from 1 degree to 2 and even 3, since the substance continues to act, penetrating deeper into the layers of tissue.

At home, first aid for chemical skin burns includes: the rapid removal of a chemical from the affected surface, a reduction concentration of its residues on the skin due to abundant washing with water for 15-30 minutes, cooling the affected areas in order to reduce pain.

Then you can apply a sterile bandage of gauze, but not from cotton wool - it can not be used. In the process of neutralizing a chemical agent, the victim carefully removes clothing that contacts the burnt area, watches and ornaments. To reduce the inflammatory process, the affected area of ​​the skin is washed with cool water, and the victim must be given a strong analgesic (pain occurs right up to loss of consciousness).

With a chemical burnseek emergency medical attention, if:

When going to the emergency room, take a container with a chemical substance or a detailed description for identification. The known nature of a chemical substance makes it possible, when rendering assistance in a hospital, to neutralize it, which is usually difficult to produce in a domestic setting.

Chemical burn of the esophagus

It may happen that a chemical substance has entered the esophagus and stomach. This can be done intentionally or be an accident. Very often such substances are battery electrolyte and acetic essence.

Rarer cases include ingestion of alkalis or concentrated acids into the esophagus and stomach. The victim has severe pain in the mouth, throat, esophagus, larynx and stomach. If the larynx is affected, the patient may feel a shortage of air. There is vomiting with bloody mucus and pieces of the stomach mucosa, which is separated due to a burn.

Since this kind of burns spread very quickly, the patient needs immediate first aid, which first of all involves washing the stomach. It can be washed with a solution of baking soda, if it is a burn acid, or a weak solution of acetic acid for burns with alkalis. In this case, a person should be given a drink not just a large, but really a huge amount of liquid, which will make it possible to completely get rid of the chemical component.

With such burns, you should call the emergency doctors as soon as possible or take the patient to the hospital yourself.

A chemical eye burn is always considered a difficult situation from the point of view of treatment in ophthalmology. Everything depends on the degree of damage, on the agent, on the depth of penetration. Such a burn can sometimes lead not just to weakening the sight, but even to its complete loss.

In case of chemical eye burn, as a first aid, a profuse washing should be done and the specialist should be urgently contacted, it is better to call an ambulance.

Thermal burns are caused by fire, steam, hot water (boiling water), sun rays, etc. The most common thermal burns are from fire, they are 84 per 1000 injured. The second place is occupied by thermal burns, obtained from hot liquids, the third place - electric burns.

Such burns are of three degrees:

Diagnosis of the abdominal type

UZDG vessels: what is it, what areas is carried out and for what purpose