Relevance of the topic and historical background

In recent decades, the population of our planet almost massively uses antidepressants of various chemical groups. And when SSRIs were synthesized, they began to be consumed even more often, since they lack many of the side effects of other antidepressants. To some extent, the frequent use of antidepressants is associated with a real need for their use, since the growth of depressive states and subdepressions has been very high recently. On the other hand, the availability of drugs allows them to buy everything and everything, combine their reception with other medicines without first consulting a specialist. And one more aspect of modern life is drugs. They, unfortunately, play an important role in the development of serotonin syndrome. Their combination with antidepressants represents a terrible and deadly mixture. These factors became the direct causes of the spread of a phenomenon such as serotonin syndrome.

For the first time this syndrome started talking in 1960, Oates and Sjoerdsma. They described the clinical manifestations of the syndrome in patients who suffered from depression and who took antidepressants. Gradually it became known that such symptoms can be caused not only by a combination of individual antidepressants, but also by simultaneous using, for example, drugs for weight loss or cough (containing Destomotorfan) with antidepressants. And even a single dose of an antidepressant can cause a serotonin syndrome.

There is no reliable statistics on the number of cases of serotonin syndrome in Russia. Rather, some information is available, but they do not reflect the real state of affairs. This is facilitated by a number of reasons:

How does the serotonin syndrome develop?

Normally, in some parts of the brain there are neurons, the functioning of which is regulated by serotonin. A certain amount of this "happiness hormone" (as it is called) allows the nervous system to work harmoniously. Serotonin in the process of one nerve cell forms bubbles, with which it is released into the synaptic cleft (the space between the two neurons). There, serotonin joins the special receptors on the membrane of another neuron, thereby activating this neuron. The latter realizes its function.

The amount of serotonin in the synaptic cleft is regulated in several ways:

The maximum number of serotonin neurons is contained in the brainstem, in the region of the reticular formation. They regulate:

The role of serotonin processes in the development of migraine has been noted. At the periphery, the serotonin transfer determines the functioning of the gastrointestinal tract (its motor function) and maintains the tone of the vessels.

Serotonin syndrome develops with an excess of serotonin in the synaptic cleft. This may be due to blockade of enzymes that break down serotonin, with a violation of its return return, with excessive activation of serotonin receptors, with an increase in the synthesis of serotonin. All these changes are provoked by taking medications that affect the metabolism of serotonin. And then there is a disruption of all processes in the regulation of which serotonin participates. This causes clinical symptoms (violation of the cycle of sleep and wakefulness, emotions, thermoregulation, muscle contractions, gastrointestinal motility and so on, which we'll talk about below).

What combination of drugs can trigger a serotonin syndrome?

There is information about the possibility of the emergence of serotonin syndrome with the simultaneous use of antidepressant and alcohol.

Sometimes a serotonin syndrome can develop when one antidepressant is already canceled and another is prescribed. It is especially likely to occur after the abolition of SSRIs and the administration of MAO inhibitors without interruption between them. This applies to cases where the drug has a long half-life from the body. So, for example, the period of detection of metabolite Fluoxetine (SSRIs) in the blood is about 3 weeks (and sometimes 5 weeks). Accordingly, if in this interval the patient starts to use another serotonergic drug, then he has a high risk of a serotonin syndrome. Therefore, the optimal timing of interruptions between the intake of individual drugs, ensuring the removal of the previous drug from the body, is calculated. The average period of "medical holidays" between drugs that affect serotonin metabolism is 2 weeks. There are exceptions to this rule:

The clinical symptoms of serotonin syndrome appear rather quickly:

All manifestations are divided into three groups:

None of the symptoms are specific. The diagnosis is only made taking into account a combination of the available changes.

Disorders of the psyche

These symptoms become the very first when there is a serotonin syndrome. These are such signs as:

Naturally, the severity of individual symptoms depends on the severity of the serotonin syndrome. Small doses of drugs, a single combined combination of incompatible drugs is accompanied only by emotional and motor excitation without the appearance of hallucinations and impaired consciousness. Sometimes, even this may be misunderstood (as an exacerbation of the mental symptoms of the underlying disease, for which treatment is prescribed), which is why the medication continues. And then there are more severe mental changes in the form of a disturbance of consciousness and the appearance of hallucinations, delusions, disorientation in the environment and in one's own personality.

Their severity also correlates with the severity of the syndrome. These symptoms include:

They represent a large group of signs that arise as a result of impairment of the transfer of impulses from neurons to muscle fibers:

A complete clinical picture of serotonin syndrome is very rare. Most often there are several symptoms from different groups.

The difficulty in diagnosing serotonin syndrome lies in the fact that the initial manifestations of it can be so insignificant that patients do not immediately seek medical help. However, with the continued intake of serotonergic substances into the body, the symptomatology is growing quite rapidly, and a threat to the life of the patient is possible. The time interval from the first symptoms to the resuscitation can be only a few days, or even hours. And, of course, the earlier the correct diagnosis is made and the appropriate treatment is started, the better the prognosis for the patient.

Degrees of severity of serotonin syndrome

The mild serotonin syndrome manifests itself as a slight increase in heart rate, increased sweating, and a slight tremor in the limbs. The body temperature does not increase, the pupils dilate slightly, reflexes slightly increase. It becomes quite clear why with such symptoms the patient does not run to the hospital and certainly does not associate their appearance with the use of antidepressants. And if this was preceded by a stressful state (for example, a scandal at home), then the appearance of all the above mentioned signs seems quite logical. That is why the first stage is often overlooked.

Serotonin syndrome of moderate severity is manifested by a significant increase in heart rate, increased blood pressure, increased peristalsis, abdominal pain, an increase in temperature to 40 ° C, persistent dilatation of the pupils, nystagmus, mental and motor excitement, an increase in tendon reflexes and clones from the lower limbs.

Severe serotonin syndrome is a threat to the life of the patient. High figures of heart rate and blood pressure, hyperthermia for 40 ° C (with increased temperature due to excess muscle contraction), a sharp increase in muscle tone, disorientation in space, time, personality with bright and emotional hallucinations, delusional ideas, profuse sweat, impaired consciousness - all this leads to complications. The patient falls into a coma. Develop violations of intravascular coagulation, disintegration of muscles, metabolic acidosis. Renal kidneys and liver, multi-organ failure is developing. This can be fatal.

The first and most important measure in the treatment of serotonin syndrome is the complete withdrawal of serotonergic drugs. Only this fact contributes to the reduction of symptoms within 6-12 hours. Sometimes in a day there is no sign of a serotonin syndrome. But this happens only in cases that have not been cleared.

The next item is the removal of the remaining drug from the body. If it is advisable, then the stomach is washed, sorbents are prescribed.

In cases of severe and moderate serotonin syndrome, antagonists of serotonin receptors Tsiproheptadine and Metisergid are prescribed. The drugs block the action of serotonin. Cyproheptadine is used in a dose of 12-32 mg / day, Metisergig - at 4-6 mg / day in several doses.

Otherwise, measures to get rid of serotonin syndrome are symptomatic.

They are aimed at combating the changes that have arisen in the vegetative, mental and muscular spheres, so that their expression does not threaten the life of the patient. For this purpose, apply:

With serotonin syndrome, there may be a need for correction of cardiac arrhythmias (tachycardia and arrhythmias). Arrhythmias can occur due to hyperkalemia (and that, in turn, is associated with the breakdown of muscle fibers from excess tension). Blood pressure should also be monitored.

Thus, serotonin syndrome is a consequence of the ill-considered use of serotonergic drugs. In a number of cases, it is fairly predictable (for example, with simultaneous use of a combination of certain drugs). Sometimes it occurs even in response to the first doses of antidepressants. The diagnosis is made exclusively on clinical grounds. There are no laboratory methods for diagnosing this condition. In most cases, with the reversal of the drugs that provoked the syndrome, a person recovers. However, in severe cases, everything can end very sadly. Therefore, any use of serotonergic drugs, in particular antidepressants, should be under the supervision of a competent physician. It is not worth risking your life by choosing yourself medicines for treatment or replacing them with similar drugs. 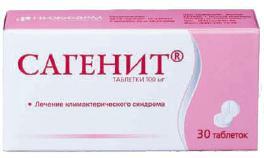 How to make a cake for children

Basic properties and methods of application of ophthalmic ointment Acyclovir