How to treat hemorrhoids after childbirth 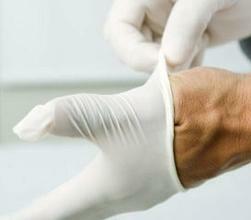 Hemorrhoids after childbirth is a disease in which an inflammatory process occurs in the rectum, varicose veins are observed.

Because of the accumulation of large amounts of blood in the veins, they become larger, their walls may thicken, and subsequently cones - hemorrhoids - arise.

Most often, hemorrhoids begin to bother a woman when she is carrying a baby. If her disease developed earlier, during pregnancy, the birth of hemorrhoids may worsen.

Hemorrhoids can be both external and internal. With internal hemorrhoids, the nodes become inflamed inside the rectum. For external forms, the outgrowth of the nodes is characteristic, and severe, complicated birth can provoke such a condition.

The cause of the disease becomes stagnation of blood in the venous system of the anus.

During pregnancy, women often have constipation. This is due to the increase in the uterus, which begins to press the organs of the small pelvis. The result is a stasis of feces in the intestine. So it turns out that constipation is the main prerequisite for the formation of hemorrhoids. Violation of intestinal peristalsis due to malnutrition also adversely affects the work of the gastrointestinal tract.

The situation is complicated if a woman during pregnancy gained extra pounds. Excess body weight contributes to an even greater pressure on the organs of the small pelvis, which leads to the development of hemorrhoids. In the presence of constipation and lack of physical activity, hemorrhoids in women after delivery are provided.

In the process of labor, the situation may worsen, as heavy and prolonged attempts can also provoke the appearance of hemorrhoids. At this time, there is a sharp increase in pressure in the small pelvis and intra-abdominal pressure. The volume of the veins of the rectum, which at this pressure is overwhelmed with blood, increase. There is a thickening of the walls and a hemorrhoidal node is formed. 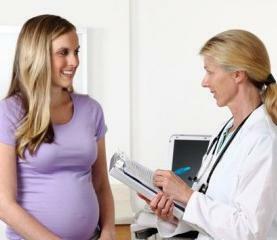 To detect hemorrhoids (see Fig. photo hemorrhoids in the initial stage) after childbirth is not too difficult, for this, read the main signs of the disease:

Especially painful hemorrhoids after the birth of the internal arrangement, which, among other things, also have a tendency to complications. External hemorrhoids - maloesthetic, but brings a woman less trouble, and his treatment - not so difficult.

In order to prevent the development of acute hemorrhoids after childbirth and exacerbation of the chronic form of the disease, it is necessary to follow simple rules:

With the right approach and careful attitude to your health, hemorrhoids after childbirth will not bother the young mother.

How to treat hemorrhoids after childbirth

So, what to do if there are symptoms? First of all, the doctor should prescribe the treatment of hemorrhoids.

It is extremely dangerous to use medicines independently, because after giving birth a woman is breastfeeding, and medicines that get into in the body of the mother, with milk and fall into the body of the child, which can have an extremely negative impact on the health of the baby.

As a rule, for the treatment of hemorrhoids during breastfeeding appoint candles and ointments, used to relieve swelling and pain in the rectum.

The choice of a safe means must be entrusted to a specialist, he will select the right drug that can effectively stop painful symptoms and not harm the baby.

The most common remedies that will help cure hemorrhoids after childbirth:

Before buying a drug, you need to consult a specialist proctologist.

Surgical treatment is used for massive hemorrhages and combined with antibiotics, so it is recommended to transfer the baby for two weeks to the artificial feeding.

Hemorrhoids after childbirth can be cured:

All of the above methods do not require hospitalization, take just a few minutes, do not cause harm or pain to the patient, are of low trauma, and treat the disease quickly and reliably. However, which of these techniques is more suitable for treatment, is solved together with the doctor.

In addition to the use of drugs and diet, it is necessary to perform simple physical exercises.

It is useful to nursing mothers to walk outside and do Kegel exercises. Do not rush to extremes and exhaust yourself with some kind of sport. Remember that at the moment your main task is to keep your health and baby's health. At the first stages there will be enough walking.

Treatment of sinusitis in children

Treatment of sinusitis with chestnut at home