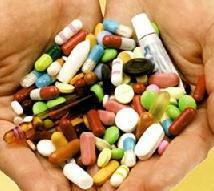 Viruses are microscopic organisms, when they get to a person they enter into the cells of organs, multiply in them and feed on cellular contents, as a result of such actions the cell dies.Viral diseases are divided into zooanthroponous (transmitted from animals to humans) and anthroponous (spread from people to people).

Antiviral drugs are designed to treat diseases caused by viruses: influenza and ARVI. These drugs have a specific effect on viral pathogens, which allows them to stop their reproduction.

Today in the pharmacy you can buy various antiviral drugs, including effective and inexpensive. They can be used directly to treat a disease that has arisen, or for prevention.

With the help of antiviral drugs, the causes of the onset and development of ARVI are eliminated.

The results of this action are:

In case of a cold, they are also used as an emergency prophylaxis, when one of the family members becomes ill and needs to reduce the risk of contamination of others.

According to the principle of action, these drugs are divided into two groups:

Also, antiviral agents, widely used for colds of viral diseases and influenza, can be conditionallydivided into several large groups:

In addition, two major groups are distinguished according to the principle of action:

It is recommended to start antiviral drugs immediately when the first clinical manifestations of a viral infection appear. This will help to avoid the multiplication of the virus throughout the body.

The best drugs used in ARVI and influenza:

Let's consider more in detail which of these drugs effectively copes with viruses, but at the same time inexpensive.

Among the side effects of taking the remedy are allergic reactions in the form of skin rashes, its main contraindication is early childhood, intolerance of the components.

As a result of the drug, it is observed:

It is an immunomodulatory and antiviral agent. Apply Cycloferon for the treatment of acute respiratory viral infections, influenza and herpes viruses. Produced in solution for injection, tablets, liniment.

With ARVI, the daily norm of Cycloferon is 6 tablets. The course of treatment lasts no more than 10 days. The drug is taken half an hour before meals, 3-4 times a day. Experts recommend taking Cycloferon as an ORL prevention in the autumn-winter period of time.

The active ingredient is the sodium salt of the gossypol copolymer with carboxymethyl cellulose. Pharmacological action: inducer of interferon synthesis, has antiviral, immunomodulating effect.

The greatest effect occurs if you start treatment within the first 24 hours of the disease, but not later than the 4th day after the onset of an acute infection. With a view to prevention, it is possible to take it at any time, preferably immediately after contact with a sick Orvy or a flu.

Kagocel contains polyphenol Gossypol, which is very active against influenza viruses. At the time of taking a single dose, the maximum concentration of interferon in the blood is observed, which determines its rapid effect.

The effectiveness of therapy is high enough. However, Western clinics concluded that Kagocel's treatment may lead to undesirable consequences, due to the toxicity of Gossypol. Domestic researchers did not come to an unequivocal conclusion, therefore, the practice of treating Kagocel is not uncommon. The drug is inexpensive, the price of Kagocel - an average of 180-280 rubles.

Pharmacological action: an antiviral drug, an adamantane derivative, suppresses various strains of the influenza A virus. The mechanism of action of rimantadine is to suppress the reproduction of the virus by disrupting the formation of its envelope.

Rimantadine is available in the form of tablets and syrup, is contraindicated in pregnancy and lactation, intolerance components of the drug, liver failure, is not prescribed for treatment of children under 1 year.

Among the side effects: nausea and vomiting, dryness, unpleasant taste in the mouth, decreased appetite, fatigue, headache, dizziness. There may be signs of a violation of the central nervous system. Price: Remantadin - an average of 50-150 rubles.

It is positioned as an inducer of interferon with an action similar to Kagocel and Tiloron. It is assumed that bendazole enhances the production of interferon endogenous nature. Produced in the form of capsules, syrup and powder for rastor. Indications - treatment of influenza and ARVI in the early stages.

Quite a lot of reviews in patients who use Citovir, on the effectiveness and absence of side effects. Improvement of health is observed on the second-third day, in single cases the drug did not help. Price: Cytovir 3 - an average of 240-580 rubles.

The active substance Tiloron, has an antiviral and immunomodulatory action, it is a synthetic inducer of interferon that stimulates the formation of interferons alpha, beta, gamma.

For influenza and other acute respiratory viral infections, adults are recommended to take 125 mg orally once a day for the first two days of the disease, and from 3 days - 125 mg once every 48 hours. The dose for the course of treatment is 750 mg. For the purpose of prevention, appoint 125 mg orally once a week for 6 weeks. Price: Amiksin - an average of 500-560 rubles.

An antiviral drug, which contains oseltamivir carboxylate (an active metabolite), suppresses influenza A and B viruses. When Orvi is not effective.

The drug is not a measure of prevention, in view of its pronounced toxicity. Long-term treatment of Tamiflu can lead to mental disorders and impaired renal function. Available in the form of capsules and in the form of powder for suspension.

In addition to such adverse reactions, the drug has one more difference, an unusually high price of 1000-1400 rubles.

In general, the use of antiviral agents reduces the duration of ARVI for several days, reduces the possibility of getting a complication from infection or exacerbation of existing pathologies of chronic form.

With mild forms of the disease, you can do without taking antiviral medications: the immunity itself will kill the infection. However, if cough, runny nose appear suddenly, strongly pronounced, plus the temperature also rose, then the application appears meaningful.

Also remember that the maximum effectiveness of these drugs manifests itself at the very beginning of the disease, on the 3-5 day of the flow of ARVI to take them does not make much sense.

You can go to the bath for a cold

Treatment of the baby at the first sign of a cold