Alcoholic psychosis ( more correct name " metal-metal ") - a mental disorder that manifests itself in stages 2 and 3 of alcoholism. At the initial stage of the disease, psychoses do not occur.

All of them have differences in clinical manifestations and course. On the basis of alcoholism, psychoses develop under the influence of not the ethanol itself, but the products of its decay. Hallucinosis and delirium occur not at the time of drinking-bout, but when the body has an elevated level of toxic substances and during alcohol withdrawal - with a sharp drop in the level of alcohol in the blood.

Alcoholic psychosis - a consequence of alcoholism. People who drink, who are not alcoholics, even if there are high doses of alcohol in the blood, such psychoses do not happen. In most cases, alcoholic psychoses are preceded by other, additional hazards - acute infectious diseases, trauma, stress. They contribute to the emergence of psychotic reactions from the undermined nervous health of an alcoholic.

There are different forms of alcoholic psychosis - acute, subacute, chronic. If the psychosis has arisen, it will repeat in a more serious and severe form, if the patient does not change the way of his life. During the period of psychotic reactions, alcoholics have gross violations of reality reflection and psycho-organic disorders. When the experience of abuse of alcohol reaches 6 years, in 13% of cases the first signs of alcoholic psychosis appear.

It accounts for 5 - 11% of cases of mental disorders to alcoholism soil, and it ranks 2nd in prevalence, after delirium. Galjutsinoz more often happens at women-alcoholics, and, like a white fever, appears after long-term abuse of alcohol. But, unlike alcoholic delirium, it flows in a clear consciousness and a preserved orientation in place and time. At an alcoholic hallucinosis, verbal( auditory) hallucinations prevail, while visual and tactile hallucinations practically do not occur. Patients remember their feelings and behavior at the time of psychosis.

The hallucinosis in acute form begins against the background of the withdrawal syndrome and acquires a psychopathological character.

Alcoholic psychosis in acute form with hallucinations can last up to several weeks. Hallucinosis in subacute form has been flowing for several months. It is noted that the more pronounced the psychosis, the more it is shorter and the chances of recovery are greater. For the subacute form of psychosis, periods of exacerbation are characteristic. The patient is anxious. He is inactive and long in bed, listening to voices. Delirium is associated with self-flagellation and patients are prone to suicide. Continuous supervision is required.

Chronic hallucinosis usually develops after acute acute psychosis. Appear auditory hallucinations and delusions of persecution. Further, there remain auditory hallucinations, which disturb the patient for a long time. The patient hears several voices at the same time, who argue with each other. The patient, after a while gets used to the voices, only occasionally responding to them. The background of the mood is always gloomy.

If the psychosis in this form lasts for several years, then it can not be cured. Complete refusal of alcohol, restorative therapy with modern methods of treatment of alcoholism, psychotherapy and social adaptation, of course, can save the patient from hallucinations.

It happens in acute and chronic form. Characterized by systematic delusions of jealousy, persecution, poisoning. The patient is not able to adequately assess the surrounding reality and the people around him.

Alcoholic paranoid is a primary nonsense, not associated with hallucinations. But sometimes dependence on hallucinatory experiences is observed. Most often, patients have delusions of jealousy. But mixed with jealousy, ideas of poisoning, persecution, there is still a picture of paranoid syndrome, although in a smaller proportion.

Alcoholic paranoid is accompanied by an increase in body temperature, irregular blood pressure, sleep disorder, nightmares, dizziness, intolerance to high summer temperatures. Man does not control his emotions, incontinence and irritability with anger comes to the fore. Then the patient becomes inhibited. Behavior monitoring and self-criticism are absent.

With severe intoxication, a delusional psychosis of persecution arises. It can cause trauma, stress, fatigue and exhaustion of the body. It seems to the patient that people are plotting against him, they will try to kill or torture him. In order to self-defense ahead of the alcoholic can first attack the imaginary persecutor. In this state of patients, there is a fear of being poisoned, and they can refuse drugs. Patients do not perceive reality.

The share of delirium is 10% of cases. In the case of unreasonable reproaches of the wife in infidelity, marital relations are cooled. Alcoholic believes that his wife has a lover. By the way most alcoholics are impotent. This aggravates the delirium of jealousy, they blame their wives for wives. It is not possible to convince a patient of the fallacy of his judgments.

Alcoholic pseudo-paralysis is observed in those who have long abused alcohol substitutes. Aggravating factors - eating disorders, metabolic disorders, beriberi, chronic diseases. In patients, intellectual degradation occurs. They are in a state of euphoria and complacency. Criticism of themselves in these patients is disrupted. They overestimate their abilities, they have a megalomania. And further, mental activity decreases, hallucinatory and delusional experiences weaken, patients are sluggish and apathetic. Neurological symptoms: pain in the limbs, pupils react poorly to light, dysarthria, tendon reflexes are broken, obvious tremor of hands.

Alcoholic encephalopathy in acute and chronic form occurs in patients with a long history of abuse: vodka, strong wines and surrogates. Psychosis is observed in drinking and chronic alcoholics. Encephalopathy alcoholic is characterized by neurological and somatic disorders. The metabolism is disturbed in the patients, hypovitaminosis is present( especially the B vitamins), the lack of thiamine, aggravated by the disorder of the liver, leads to a worsening of the brain. With encephalopathy, the balance of nicotinic acid and pyridoxine is disturbed.

Wernicke's disease , or hemorrhagic polyencephalitis, stands in a special place among acute alcoholic psychoses. This is a complex disease that combines mental, somatic and neurological disorders based on degenerative-destructive processes. In patients, sleep is disturbed, tremor and dysarthria appear, oculomotor disorders, pharyngeal, respiratory, palatine and sneezing reflexes fall out.

These mental disorders manifest themselves in a state of exaggerating delirium( professional) with a strong arousal. This condition may result in stunning. In patients, blood pressure drops, breathing becomes frequent, the liver is painful and enlarged, the stool is liquid, hypotonia of the limb muscles and muscle twitching are observed. There is a high probability of death.

Alcoholic depression as an independent disease is rare. It can last from several days to several weeks. The mood of the patient is very depressed, melancholy and irritable. He blames others in the absence of pity for him, feels his own inferiority and a sense of guilt for his loved ones. The patient is dysphoric, anxious, tearful. Suicidal moods are stable, the patient needs to be monitored.

Dipsomania is a drastic aspiration for drinking. It occurs in persons suffering from manic-depressive psychosis, endocrine psychosyndrome and epilepsy. Binge lasts up to 2-3 weeks. Ends also suddenly, even with the advent of aversion to alcohol. An attack of dipsoomania can occur after sleep disorders or other things that drain the nervous strength of the patient.

In the treatment of alcoholism antabusom( disulfiram, teturam) there can be a serious complication - antabuse psychosis. Large doses of the drug or increased sensitivity to it due to the organic inferiority of the nervous system, constant intoxication with alcohol or craniocerebral trauma often lead to psychosis in severe form. The psychosis takes place in the development of three stages.

The first stage - prodromal - its duration from 2 days to several weeks. There is dizziness, drowsiness, lethargy, sleep disturbances, depressed mood, a feeling of lack of air and unpleasant sensations in the chest.

In the midst of psychosis there are several options: confusion;manic state;hallucinatory-paranoid and paranoid disorders of mental activity.

At the final stage, asthenia, weakness, lethargy, emotional instability prevail. The patient vaguely remembers his condition during the period of acute development of the disease. Duration of psychosis - from several days to two months.

When antabuse psychosis is high, the proportion of suicide is high. The frequency of attempted suicide depends on the degree of degradation of the patient's personality. More often suicides patients with the surviving intellect, and not those who suffer from dementia. Most of the reasons for such actions are conflicts in the family. Suicidal actions are committed by patients in a state of peak depression.

Which doctor deals with cystitis in women? 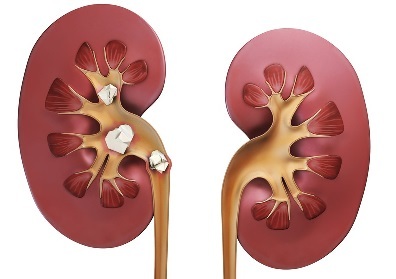 Cystitis in men - symptoms and treatment at home