Sorbents for cleaning the intestines: types and applications

Over the past dozens of years in the treatment and prevention of diseases are increasingly used sorbents. Sorbents for cleaning the intestines - a means that can absorb the accumulated in our body harmful substances and remove them by natural means. So, today we will consider what sorbents are, and how they act on our organism.

It is important to know:Enterosorbents are also a separate group of sorbents - substances that are actively used for purification of the gastrointestinal tract and intestines.

Their principle of operation is quite simple: they bind and then deduce various toxins, decay products and poisonous substances of all kinds.

Where sorbents are used

These medicines are used:

It is important to know:the use of this medication must necessarily be justified and before its use it is better to consult a doctor to avoid undesirable consequences.

Despite its own, as if the general purposefulness of sorbents have a number of contraindications, which should be heeded.

It is important to know:Also, the use of sorbents is contraindicated in case of a heart problem, for example, activated carbon can change the amount of vital potassium and sodium.

Let's take a closer look at popular and effective sorbents.

This is a relatively new tool that managed to prove itself in a short time on the positive side. After application, it begins to bind harmful substances in the blood: bacteria, toxins or viruses, and takes them out of your body in a natural way. In addition, the active components of the drug Zosterin contribute to the restoration of immunity.

To the positive side of the drug should also be attributed to the fact that it almost completely eliminates all the symptoms of even the most severe intoxication, restores blood circulation and intestinal function, besides several times accelerates the metabolism.

It is important to know:if you suffer from a disease such as acute renal failure, this medicine should be taken only on the advice of a doctor and under his supervision.

This product has appeared quite a long time in our domestic market and enjoys considerable demand, in particular, thanks to the low price and good effect. This sorbent is active only to toxic substances that arise in the body with various inflammatory processes, allergic diseases, poisoning.

The greater advantage of Enterosgel is that it does not inhibit the microflora, does not remove a lot of useful substances from the body and promotes the activation of the proper functioning of the intestine. It is also an excellent remedy for dysbiosis.

The daily dose for an adult Enterosgel is not more than 45 grams.

But, it should be remembered that this drug has its contraindications. In particular, Enterosgel is not recommended for use by those with personal intolerance to any ingredient in the drug.

The preparation itself is produced in a pasty form, which is convenient enough to use. Take it preferably after meals stirring one hour. l. paste in a glass of water.

Polysorb is an effective means for removing toxins from the body. Its principle of action is simple: it connects toxins among themselves and displays them by natural means. It is taken to fight poisons, salts of heavy metals, toxins and with products of decay. Polisorb is desirable to take with: acute food poisoning, infectious intestinal disease, dysbiosis (in particular, and in alcoholic).

It is important to know:Polysorb is also used in liver failure.

Judging by the reviews of the drug, we can conclude that it effectively fights toxins, bacteria, cholesterol excess, fats and so on.

Produced in the form of powder and before use it must be diluted with water (for an adult a glass of water will need 1 tbsp. l., and for the child will be enough for 1 hour. l. on the same glass of water).

It is undesirable to take Polysorb to people who suffer from hypersensitivity to the use of medicines. Also, it is contraindicated in inflammatory processes in the intestine, and with gastric bleeding.

It is important to know:side effects with the use of Polisorba in patients were not observed, however, it should be noted that its long use leads to a violation of the intake of vitamins in the body.

Polyphepan is a long-known universal sorbent that is produced on the basis of coal and does not cause irritation of the mucous membrane of the stomach and intestines, in contrast to the same activated carbon.

It is famous among buyers first of all for its low price. After application, it binds and completely neutralizes all existing toxins in the body and displays them. It is prescribed for: foodborne infection or general intoxication, liver failure and intoxication, which was caused by endogenous causes.

It is important to know:many physicians believe that Polyphepene is several times stronger than the well-activated charcoal, since it is aimed not only at fighting toxins, but also in removing cholesterols, allergens and lipids from the body.

In any pharmacy in your city, this drug can be found in powder form or in the form of tablets intended for oral administration. The cost for one pack of medicine is also low - about 130 rubles per 130 grams of packs of tablets.

This sorbent is excellent for those people who encountered severe diarrhea, increased metabolism and intestinal colic. He as a sponge quickly absorbs all unnecessary toxins in the body and displays them in a natural way. To such toxins are: decay products, viruses, toxic substances and bacteria.

In addition, the drug quickly removes all the symptoms of heartburn, bloating and the like. To the great advantage of Smekty is that after application it envelops the intestine with a thin film for its protection, due to which the unpleasant sensations and the painful condition passes quite quickly.

It is important to know:Smecta is a "loyal" drug that can be given even to young children with colic in the stomach or diarrhea (the recommended dose is not more than half a sachet per glass of warm water). Well, for an adult, the daily dose is 9 g (one packet of Smecta).

As you already understood, the medicine is sold in the form of a powder, and the cost of one sachet is about 11 rubles.

As you can see, sorbents during cleaning of the intestines play a very important role, since they help to remove all toxins from our body. But, before use it is necessary to consult a doctor.

Eating with esophagitis of the esophagus

Diet for cleansing the intestines 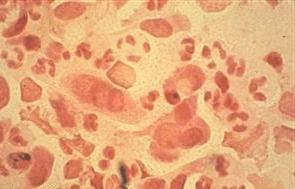