Ultrasound duplex scanning of brachiocephalic arteries or abbreviated OCA BSA is a modern ultrasound for the diagnosis of blood vessels, including carotids and vertebrates that supply blood to the brain, and subclavian arteries.

First of all, the person who is assigned this study may have a question - what is the brachiocephalic arteries and where are they located.

Brachiocephalic vessels are the largest arteries and veins that are responsible for the flow of blood to the tissues of the head, brain and upper limbs. They are also called trunk lines.


The brachiocephalic arteries include the carotid, subclavian, vertebral and their junction , which forms the brachiocephalic trunk. The listed vessels and some others near the base of the brain form the Velisian circle, which is responsible for the distribution of the blood flow to all parts of the brain.

If any pathology is formed in one of the vessels, it can lead to disruption of the others, which ultimately results in a stroke.

What is this - duplex scanning of brachiocephalic arteries, and on what is the action of the technique based?

The examination apparatus of the BCA is based on the on the principles of echolocation .The working surface emits, and then catches ultrasonic pulses. The information is converted into a digital signal. Thus, an image appears on the monitor.

The method is based on combining benefits of B-mode - visual interpretation of the state of vessels and adjacent tissues and doppleroscopy - the qualitative and quantitative properties of the blood flow. The Doppler spectrum can also be supplemented by color mapping.

What does the BSA

With the help of the BSD , it is possible to diagnose:

Brain vessels are a complex system that is capable of self-regulation and maintenance of cerebral blood flow. Only complex diagnostics, which includes ultrasound scanning, CT, MRI, allows you to select accurately and timely the treatment, and then evaluate its effectiveness.

USD helps to assess the anatomy of blood vessels, determine blood flow characteristics, assess the condition of the walls and lumen .In this way it is possible to diagnose atherosclerotic plaques, thrombi, arterial deformations and their delamination at an early stage.

The initial sign of atherosclerosis, which can show an ultrasound examination, is not even a plaque, but the thickening of the carotid artery wall is only a fraction of a millimeter .With duplex scanning, this indicator is well defined. The thickness of the intima-media complex( so-called KIM) is also called. CMM is taken into account for evaluating the effectiveness of treatment.

An increase in CMM greater than 1 mm is most likely due to with such risk factors as: smoking, hypertension, diabetes, increased cholesterol, etc.

With the progression of the disease, plaques begin to form. Usually they are localized in the so-called.carotid bifurcation is the place of separation of the common carotid artery into internal and external. The presence of a plaque in this segment is a serious risk factor for stroke and myocardial infarction .Therefore, it is very important to detect atherosclerotic changes in the early stages in a timely manner.

Duplex scanning reveals the location of the plaque dislocation, as well as its shape, size, structure and degree of stenosis( narrowing of the lumen). When the lumen is completely closed, this is the occlusion of .

During the examination of the BCA, arterial hyperplasia is often seen due to their lengthening .Arteries are lengthened due to atherosclerosis and high blood pressure. The tortuosity of the vertebral arteries is usually due to defects in the cervical spine. If the tortuosity leads to a clogging of the lumen, this can cause a violation of cerebral blood flow.

Ultrasound scan also applies for examination of patients with traumatic lesions of : wall dissection or similar. The main symptom of this disease is a severe headache, which can not be reduced by usual painkillers.

Advantages of the BSA UZD can be called:

The OCA of the BCA is more informative than the conventional USDG of brachiocephalic vessels.

During the study, an image similar to that of normal ultrasound is formed on the monitor, but against its backdrop the vessel is clearly visible, in which the blood flow is formed. Due to the advantages of the UZD, BCA is considered the gold standard for the diagnosis of pathologies. Timely made ultrasound of blood vessels can save lives and prevent possible disabilities.

Indication for the appointment of duplex scanning of the BCA are:

The direct indication for the study is following pathologies:

Preparation before the study consists in excluding from the menu products and dishes that can affect the tone and filling of the vessels, which will distort the results of the study.

On the day of the study you can not drink tea, coffee, energy, coca-cola, alcohol, do not fret with excessively sharp and salty dishes. Right in front of the UZDs, the BCA should not be in stuffy or smoky rooms, as this too can alter the blood vessels. It is better to abstain the day before the study from taking vitamins and nootropics.

The use of the device absolutely is harmless and has no effect on the human body .

done? The patient lies on the back of the on the couch next to the apparatus, under the neck the doctor lays a roller. The head should be turned to the side opposite from the apparatus. The doctor lubricates the surface of the skin with a gel that facilitates the passage of the ultrasound signal.

The sensor the doctor will examine the segment by segment, watching the signal change on the monitor. He can lightly press the sensor on the vessels or ask for a short time to stop breathing.

No uncomfortable sensation during the study does not arise : the sensation procedure is no different from the usual, familiar to all ultrasound. The study lasts 20-30 minutes.

Explanation of the results of the


scan The scanner will record the required parameters, the doctor will enter them into the scanning protocol. Decoding the Doppler spectrum, the cartogram of blood flow will take no more than 10 minutes , after which you will receive a transcript.

The result of the scan is the decryption of the information received, printed out with a list of examined vessels and a description of their size and condition. The interpretation gives the ability to determine if the vessels correspond to the anatomical norm of , whether there is a pathology, etc. Based on the transcript, your doctor will prescribe the treatment if necessary.

The decoding is performed by comparing the indicators:

Based on the last 3 indices, the vessel's patency is judged.

Blood flow in the external and internal carotid arteries of the supra-lateral( NBA), basic( OA), vertebral( PA) and its segments, each of which has its own designations, for example, Vo, V1,V3, etc.

Also in the anterior, posterior, middle cerebral arteries( PMA, ZMA, SMA), subclavian( PCA), anterior and posterior connective( PSA, 3CA) arteries. Also, an assessment of the changes in the indices can be made with the horizontal and vertical position of the body.

It can be summarized that the BSA OCD - is a special kind of ultrasound of the vascular diagnostics that provide nutrition to the brain, other organs of the head, neck, upper extremity belt .

This is an accessible, safe, detailed and informative study, which in ten minutes can show the state of the vessels and reveal the cause of some unpleasant symptoms. The annual passage of the survey will allow for 90% to predict the development of a cerebral stroke.

Shishonin: gymnastics for the neck with cervical osteochondrosis 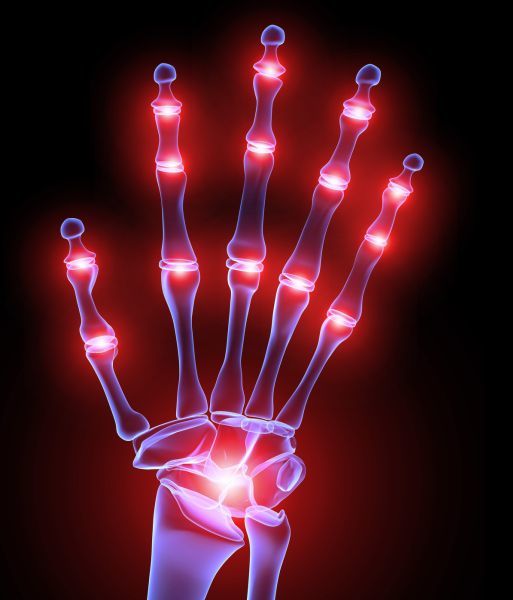 Arthritis of hands and fingers: what is it? Methods of treatment