Concussion in children - signs and treatment

Any trauma in children is more dangerous than in adults, because the joints, bones, cartilage, internal organs of the child's body are only being formed. After a fall, there is often a concussion. Timely diagnosis and first aid will prevent the development of complications. Symptoms of concussion in a child are similar to those of adults.

The severity of concussion

There are three degrees of concussion, each of which manifests itself in different ways:

Important! Determine the concussion of the brain independently, especially the first degree, is not easy. Sometimes children 5-6 years after hitting their head do not tell parents about it, so that they are not punished. It is important to warn the child of the consequences and ask to report all injuries.

There is a serious brain disease - glioblastoma. It is a malignant neoplasm, leading in most cases to death, usually prescribed chemotherapy. Although the concussion does not in itself cause glioblastoma, it, like other head injuries, is considered a provoking factor for tumor growth.

The earlier the first aid is given, the more likely to avoid complications. It is necessary to carefully examine the victim to determine the severity of the injury and, depending on the results, provide first aid. It is important to consider the first and the longest shaking symptoms. At an easy degree the child quickly ceases to complain, but survey by the doctor all the same is necessary.

The basic rule is to deliver the child to the hospital as soon as possible or call an ambulance. While waiting, you can:

Important! In no case should children be left unattended after a concussion.

Symptoms of concussion in infants

The cause of brain concussion in young children is inexperience and negligence of parents. Doctors report frequent serious injuries, even in newborns. Sometimes parents disregard the advice of doctors on swaddling, bathing, sleeping a baby, as a result of which children fall. The fall even from a low swaddling table is dangerous for a baby.

Diagnosing a concussion in a small age is very difficult, because you can not identify the symptoms immediately. The height from which the fall, for example, of a one-year-old child, may seem to parents to be harmless. In infants the main signs of a concussion are:

An uneven bone system leads to severe symptoms of concussion, but at the same time, they quickly pass. It is important to understand in time what happened, to call a pediatrician who will tell you what to do next.

Important! Any unusual behavior of the baby should immediately arouse suspicion among careful parents, so it is important to observe the baby.

Manifestations of concussion in children

The older the child, the more he can describe his state, explaining to his parents what happened to him. Parents should be observant to know what changes in the behavior of the baby are uncharacteristic for him.

The child of 2-3 years with alarming symptoms are:

In children from 3 to 7 years of age, injuries are common, in most cases on the playgrounds. But at this age the child can inform parents about the basic symptom of a concussion - a severe headache. Often it is of a pressing nature, extends to the occiput and temples. There is an uncharacteristic drowsiness for the child.

In children of school age - from 8 years and older, concussion is most often due to fights and falls. Experts say that any brain injury at this age is not accidental, so the big responsibility lies with the parents who are obliged to instill in children the norms of behavior.

Interesting! Social services constantly remind parents of their responsibility not only for upbringing, but also for the physical health of the child.

The first thing that parents should do after a child's concussion is to show it to a traumatologist or a neurosurgeon. These doctors check the general condition of the victim, determining the degree of concussion and the complications that have arisen. After that, soft tissue is treated, further medication is prescribed.

Advice! The only thing that parents can do without waiting for medical help is to give an anesthetic in the age-related dosage if the child complains of a severe headache.

Usually, with concussion of the brain, children are prescribed such medicines:

Diuretics, antihistamines, anesthetics are also used. Dosage and duration of application of any of them is determined by the attending physician individually. In addition to drug therapy, vitamins are prescribed.

Concussion can change the psychoemotional state of the child, its consequences are manifested in adulthood. Avoid serious complications with properly prescribed treatment and rehabilitation. If this is a repeated concussion, the treatment should be approached particularly seriously.

Most often there are such consequences of a brain injury:

To avoid such complications, parents need to take a responsible approach to the issue of treatment, not only taking medications, but also following recommendations for sleep, bed rest, others.

Concussion in the child manifests itself in different ways. The clinical picture depends on the severity of the injury, the age of the victim. An important role in successful treatment is played by proper first aid, timely access to doctors. Adherence to properly prescribed therapy is necessary in order to quickly rid of negative symptoms and prevent possible complications. 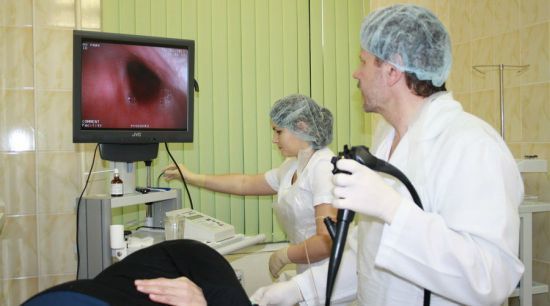 What is dumping syndrome

Corset with scoliosis for the spine