Transaminases AlAt and AcAt: what is it, the normal levels in the blood test and the pathological increase

On the form of the results of the biochemical blood test there are sub-items of "transaminase" - ALT( ALAT) and AST( AcAt), but do you know what it is, what are these indicators in the norm and what means their deviations from the normal level?

Consider possible disorders in the body that can be detected due to these indicators of biochemistry.

The essence of transamination


The transamination reaction is the process of transferring an amino group from an amino acid molecule to an alpha-keto acid molecule. During the reaction, free ammonia is not formed.

Transamination is the link between the carbohydrate and nitrogen metabolism of

.It occurs with the participation of enzymes aminotransferase( transaminase).

Norm of ALT and AST in adults and children

The level of aminotransferases in human blood is determined by biochemical examination. For correct results, analysis should be performed in the morning on an empty stomach .

The last meal should take at least 8 hours. Venous blood is used for the study.

The norm of AlAt( ALT) and AcAt( AST) in the absence of pathological processes in the blood of in women, men and children are fundamentally different:

Causes of level changes in biochemistry

Cytolysis( cell death) causes an increase in the number of transamination catalysts in the bloodstream. This is possible with the following disorders in the body:

Increase in indices: what does this mean for the diagnosis of cardiopathologies

Aminotransferases - markers of myocardial infarction .An increase in their number indicates the death of the site of the heart muscle and the release of these enzymes from damaged cells.

Biochemical analysis, namely, determination of the level of alanine aminotransferase, aspartate aminotransferase and creatine kinase, allows to determine the degree of severity of the disease and the time from the onset of the development of symptoms to the moment of diagnosis.

In myocardial infarction, the following changes occur in the body that is reflected in laboratory data:

In addition to the above enzymes, cells prone to ischemia, , are secreted into the blood of lactate dehydrogenase .The determination of this enzyme may serve as an additional factor in the diagnosis of the lesion and subsequent treatment.

In addition to myocardial infarction, destruction of cardiomyocytes occurs also in heart failure, myocarditis, rheumatic carditis and some other diseases. This also contributes to an increase in the number of transferases in the bloodstream.

is increased If aspartate aminotransferase is considered a cardiac marker, then alanine aminotransferase has the highest concentration in liver tissues .The growth of these indicators may indicate a number of injuries in internal organs.

In different diseases, the ratio of aminotransferases to one another is changing. The ratio of the activity of the heart marker to the hepatic is called as the "de Ritis coefficient" .With cardiac pathologies, the value of the coefficient increases, and with changes in the liver - decreases. But both values ​​are higher than normal.

Enzymes, in addition to diseases of the cardiovascular system, are increased in such pathologies:

The level of transaminases also increases in certain pathologies of other internal organs. But in these cases, the indices are not clinically significant.

When the amount is not high, but low


Reducing transamination enzymes is a rare case. But in some pathologies, AST can drop below 15 U / L, and ALT is below 5 U / l .These indicators indicate the following violations:

Aminotransferases are clinically significant enzymes. Their rise in blood allows the to diagnose pathologies of internal organs even before the appearance of severe symptoms of .In order to bring indicators to the ideal, no special treatment or diet is required. Transaminases return to the original amount independently, as soon as the cause causing cell death is eliminated.

What is extrasystole: symptoms and treatment at home 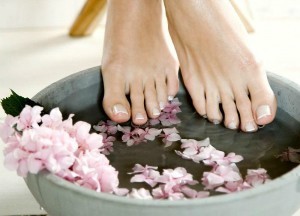 Restless legs syndrome: treatment of a disorder in the home

Treatment of depression without drugs: the most effective folk remedies