Pain in the lower abdomen on the right side of pregnancy

If pregnancy hurts the right side, then not always the cause of this presence of obstetric pathology. Pain in the abdomen during pregnancy is possible in a healthy woman, because in her body there are natural processes that provoke her.

However, the belly to the right can also suffer from the development of pathologies caused by disruption of the digestive or excretory system, in case of threat of miscarriage.

When abdominal pain is not dangerous

The causes of natural pain in the lower abdomen:

The reasons for these pains are completely natural, they do not lead to serious impairment of the body's functions and do not affect the child.

With the beginning of pregnancy hormones begin to be synthesized, which change the work of almost all body systems. The digestive, nervous, cardiovascular system undergoes the greatest changes.

This leads to a relapse of chronic pathologies, which can be manifested by pain in the right hypochondrium. Pain syndrome is possible with increased gas production or constipation, which is associated with a change in diet.

In the early term, the greatest risk of obstetric pathologies

By the third month of pregnancy the uterus grows and stretches, causing the organs of the small pelvis to change its location (bladder, ureter, intestine). When the pressure on the intestine is violated, his motor skills and difficulty evacuating the stool, which leads to the appearance of constipation. Squeezing the ureter causes a delay in urine in the kidneys.

After 6 months of gestation, the uterus is already pressing on the stomach, pancreas, gall bladder, diaphragm, which disrupts blood circulation in them. If there is a predisposition to any disease, then this accelerates their development. After 20 weeks of pregnancy, the woman already feels the child's movement, sometimes the blows fall on the internal organs, which causes acute short-term pain.

On the organs of the abdominal cavity is not only a mechanical effect. During pregnancy, hormones are released that cause the muscle tissues to relax. This is necessary so that the uterus can grow. At the same time, atony of other organs (for example, intestine or sphincter) is noted, which can provoke the development of pathological processes.

During pregnancy, the overall immunity decreases, the hormonal background sharply changes, the motor activity decreases, the amount of circulating blood increases, which increases the load on the cardiovascular system and the liver. All these changes provoke relapses of chronic diseases or accelerate their development in case of predisposition to them.

Pain, as a rule, is localized in the same place where its organ is causing it, but it happens that it is irradiating and is felt under the shoulder blade, in the lower back, in the region of the heart, in the perineum. In this case, you need to identify all the symptoms of the pathology (sometimes nausea, back pain and frequent urination are not perceived by the patients as signs of the disease) and conduct a thorough examination.

Below to the right in the abdomen are the fallopian tubes, ureter, appendix, and the liver, gall bladder, pancreas, intestines are located slightly higher. If the gestational age is not large, it is likely that the pain is a sign of an ectopic pregnancy, miscarriage or complications arising from venereal diseases.

By the nature and localization of pain, it can be assumed which internal organs have ceased to perform their functions. But before carrying out therapy, it is required to confirm the diagnosis with the help of objective studies.

Diseases that cause abdominal pain

The stomach or belly strongly hurts on the right, if there are following pathologies:

During pregnancy, most abdominal pain in the abdomen on the right hand occurs with liver diseases, digestive function disorders, and also due to the development of appendicitis. If you know how the pathology manifests, you can ease your condition and prevent the development of complications.

Diseases of the liver

When pregnancy increases the amount of circulating blood by about 1.5 liters, which increases the load on the liver. The body not only detoxifies the blood from toxins from outside, but also cleans it of excess hormones, vitamins, mediators.

Since immunity is weakened and relapses of chronic diseases occur, the woman is forced to undergo medical therapy. If the liver works for a long time under stress, it can stop coping with its function, and this will affect the gallbladder and intestines.

Sometimes, in pregnant women with a complaint of pain in the right side, viral hepatitis is diagnosed. This is due to the fact that due to the decrease in immunity, the "dozing" virus was activated or the woman becomes infected by it already being in position. Hepatitis B or C can be in the body for years and does not manifest itself, pregnancy becomes a kind of catalyst.

In hepatitis A, pregnant women sometimes develop a condition that is similar to a toxicosis, so it can be ignored for some time by the patient

Hepatitis A does not pose a threat to either the mother or the fetus. It spreads through contaminated foods or water. The virus enters the intestines, reproduces, and then is transferred to the liver with the blood. Hepatitis A does not go unnoticed by immune cells, so after a while there comes a complete recovery.

Symptoms of the disease:

The incubation period of hepatitis B is 3-4 months, which means that the first symptoms, if they arise, will appear only 90 days after infection. Penetrates infection into the body through biological fluids (sperm, blood).

Symptoms of the disease are nonspecific (nausea, vomiting, jaundice, pain in the right side under the ribs, irritability, itching). Pregnant carry hepatitis is much more difficult. With a severe form of the disease, hepatic failure can develop, in which there is a very severe pain in the abdomen, lower back and right upper quadrant.

It can be caused by inflammation of the liver not only by the virus, but also by drug therapy

Diseases of the digestive system

If it hurts on the right in the lower abdomen during pregnancy, then it suggests that the inflammation of the pancreas or cholelithiasis has developed. At the same time, cramping pains are felt that spread to the spine and are accompanied by vomiting, diarrhea.

To somewhat reduce the pain before the arrival of an ambulance, it is recommended to take a sitting position, in which the baby will not squeeze the pancreas.

Bile stagnation occurs due to relaxation of the tissues of the organ (the same progesterone is to blame). The pains are felt in the right upper quadrant, extend under the right scapula, in the right shoulder and collarbone, nausea, vomiting, heartburn, belching also occur.

During pregnancy the probability of formation of stones in the kidneys, gall bladder increases. This is due to a change in the hormonal background, a violation of water-salt metabolism.

Stones in the gallbladder prevent a timely outflow of secretion and cause pain on the right side of the abdomen, it gives to the shoulder, scapula, neck. On the development of the disease indicates bitterness in the mouth, nausea, diarrhea followed by constipation. When the stones come out, there is a strong stitching pain.

Fetal movement can cause colic

Pain on the right side of the abdomen, which appear before or after eating, indicates a disturbance of the digestive system. If there is an ulcer of the duodenum, then pain is noted after three hours after the meal, the so-called hungry pains. The severity and discomfort is felt after fried or fatty dishes with stagnation of bile, cholangitis, cholecystitis.

During pregnancy, taste preferences also change. The woman begins to eat in large quantities some of the foods or uses incompatible food. This can lead to indigestion and cause abdominal pain.

Inflammation of the appendix

It is possible that the pain in the lower abdomen on the right side of pregnancy arose because of the inflammation of the appendix. Acute appendicitis develops quickly enough and if you do not go to the doctors, then within 72 hours it is possible to break it and there will be purulent masses in the abdominal cavity, which threatens the life of not only the child but also the mother. In pregnant women, the inflammation of the appendix develops quite often.

Symptoms of appendicitis in pregnancy

There are two predisposing factors:

In the first hours of the illness, the pain is felt throughout the abdomen, then it is localized in the appendix, that is, in the right ileal region. The clinic depends on the location of the process. So, if the process is at the top, under the liver, then there are symptoms characteristic of gastritis, and if near the bladder, then there are signs of cystitis.

The more strongly the uterus presses on the appendix, the more discomfort will be felt, so the pregnant woman takes a forced position to ease her condition. In addition to acute pain, vomiting occurs in the abdomen, indigestion, nausea, the temperature may rise.

Diagnosis of appendicitis in pregnant women is somewhat difficult, since ultrasound can not always see a vermiform appendix

To confirm the diagnosis, laparoscopy is performed. Appendicitis is removed during band surgery or with laparoscopy. Reception of antibiotics in the postoperative period is mandatory, as this reduces the risk of infection.

In addition, the pregnant woman is given a special diet and bed rest, and after she is discharged from the hospital, she is registered because the probability of premature birth or miscarriage increases. Pathologies of the digestive system, which can cause pain on the right side of the abdomen, are much larger, we indicated only the most common.

What should I do if my stomach hurts?

To understand what causes pain, a woman is recommended to lie down. If the symptom is due to the growth of the uterus or the wiggling of the fetus, the pain will subside. Do not worry if the pain appears periodically, it is not very pronounced, and there are no other signs of pathology (heat, vomiting, stool, frequent urination, jaundice, severity after eating).

The longer the gestation period, the more frequent are the physiological pains that result from the pressure of the uterus on the organs and the stretching of its muscles.

If the child touches the liver, the pain appears dull, aching and lasts no longer than 15 minutes. To make it faster, it is recommended to lie on your back to take deep breaths. A sharp prolonged pain in the lower abdomen on the right indicates a serious illness.

With appendicitis or apoplexy (rupture of the cyst), acute pain is felt and causes forced body position, and with inflammation of the pelvic organs painful, tolerant. In any case, if the pregnant woman has pain in the right side, which does not last longer than half an hour, you need to seek medical help and find out the cause of their occurrence.

If suspicion of appendicitis is not recommended to take pain medication, because it will smooth out the symptoms and the doctor can not quickly establish the cause of pain.

You can not apply a heating pad to the stomach, as with inflammation it will only accelerate the development of infection. Even if it hurts the bottom of the abdomen, the obstetrician who is observing the pregnancy should know about it. Only the doctor will be able to determine why the symptom has appeared and will prompt how to eliminate it.

Masks based on apricot oil from wrinkles on the face

How to make yourself a manicure on short nails at home 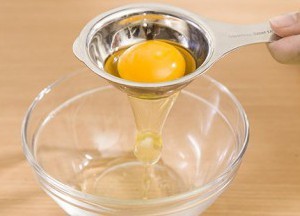 The best recipes for tightening facial masks at home