Contents of the article:

Uterine bleeding can disturb women of any age. Drug therapy quite effectively copes with uterine bleeding, but it can not be perceived as the main method of treatment. Uterine bleeding is only a sign of pathology, not the disease itself. Therefore, hemostatic agents eliminate only a dangerous symptom, and not its true cause. These drugs should be part of a comprehensive treatment that can be based not only on conservative methods, but also on surgical intervention.

The first doctor, from which the fight against uterine bleeding begins, is a gynecologist.

Different drugs from uterine bleeding have a different mechanism of action. For example, uterine bleeding can be eliminated either by direct influence on the process of blood clotting, and by mechanical clamping of the uterine vessels. The choice of the drug will largely depend on the cause and extent of bleeding.

The characteristics of the following tools are distributed in order of efficiency, starting with the most effective. Information about medicines is provided for general examination and in no case is a guide to self-medication.

The active substance of the drug is tranexamic acid. Depending on the severity of the bleeding, the drug can be administered either intravenously - for rapid effect, or orally( in the form of tablets) - for the purpose of delayed action. Active active substances of tranexam block the process of dissolution of thrombi, overlapping the lumen of damaged vessels.

The drug has a light anti-inflammatory, anti-infectious and antitumor activity. According to the official instruction, experimentally proved the action of tranexamic acid, similar to analgesic( analgesic).Usually, this drug is used to relieve severe bleeding during placental abruption, after childbirth, during and after extensive operations.

Despite the pronounced hemostatic effect, Tranexam has a lot of side effects, including:

The cost varies from 200 rubles( tablets) to 1400 rubles( solution for intravenous administration).

The active substance of the drug is ethazylate. Existing forms of medicine: solution for intramuscular and intravenous administration, tablets. The active component has the following effects:

Dicycin is one of the drugs for the prevention, elimination of uterine bleeding in heavy menstruation and as a result of surgical interventions. Side effects are similar to Tranexam, but they are fewer and rarely occur:

The average price for 10 tablets is 40 rubles. The solution for intravenous administration costs a little more expensive - from 500 rubles.

The active substance of the drug is a synthetic analogue of the hormone oxytocin, coming from the posterior lobe of the pituitary gland. Oxytocin exists only in the form of a solution for intravenous and intramuscular administration.

According to its main purpose, the drug belongs to the stimulants of labor. This is due to the fact that oxytocin increases the contractile activity of the uterus and, therefore, promotes the expulsion of the fetus during childbirth. This effect is also used to stop bleeding. Reducing the muscles of the uterus leads to a mechanical clamping of damaged vessels. Oxytocin is used only in a hospital. Side effects:

The average price of the drug does not exceed 70 rubles for 10 ampoules.

The drug is a synthetic analogue of vitamin K. It is available in the form of tablets and a solution for intramuscular injection. Vicasol is involved in the synthesis of natural clotting factors. The drug is quite effective and is often used by gynecologists in the fight against uterine bleeding.

Excess dosage can lead to excess vitamin K, hemolytic anemia( decay of erythrocytes), and a tendency to thrombogenesis. Allergy is a rare side effect. The use of Vikasol without first consulting a doctor is highly discouraged.

Depending on the manufacturer, the price in pharmacies for tablets will start from 20 rubles. Ampoules Vikasola, on average, cost 80-100 rubles.

This drug is administered only intravenously and is used exclusively in a hospital. By its mechanism of action, the drug is similar to Tranexam.

Aminocaproic acid is valued for its quick action: the hemostatic effect develops only 15-20 minutes after administration. The active substance in unchanged form is excreted in the urine, therefore it is contraindicated in cases of kidney disease with impaired excretory function.

Ascorutin contains ascorbic acid and rutozide. The mechanism of action is due to angioprotection: the active substance strengthens the vascular wall and reduces capillary permeability. Ascorutin also prevents excessive deposition of platelets and improves microcirculation. It has the least force of action in comparison with previous preparations.

Side effects of Ascorutin are rather small: taking the drug can cause only an allergy or nausea.

The average price for 50 tablets is 50 rubles. 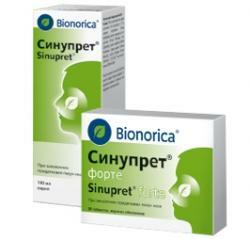 What medications are used to treat sinusitis?

© 2022 Symptoms and treatment. All rights reserved